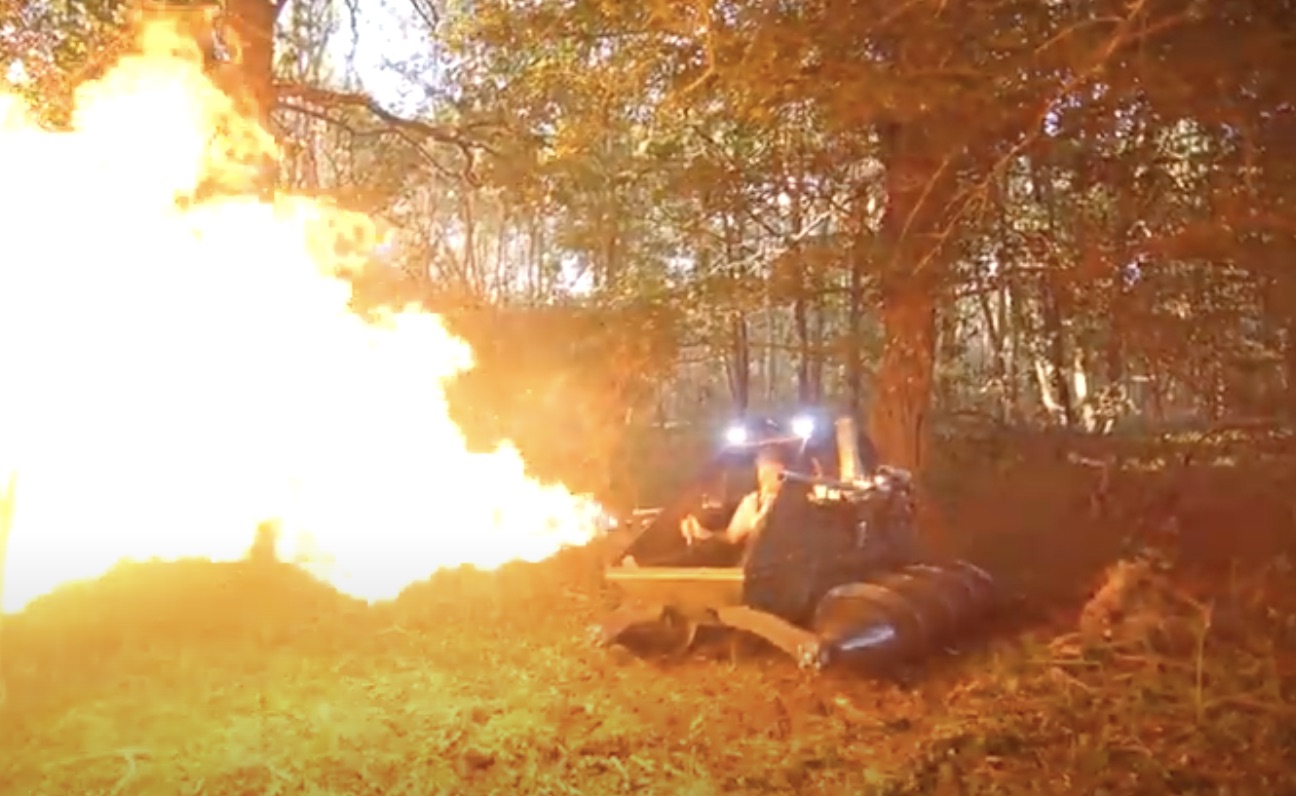 Imagine, just for a second, that you built something like this in the garage of your house. All your neighbors have heard for weeks on end is the sound of welding, of grinding, of drilling and shaping. They’ve heard a small engine power up…maybe he’s building a go-kart from scratch? Maybe he’s got some radical remote-controlled toy that he’s hiding from the public? They will be curious, after all, especially when they hear bouts of manical laughter every now and then. No shrunken truck will do that. He isn’t one of these psychopaths who races roto-tillers, is he? Good grief, Helen, imagine the scandal. Then he breaks out this gem. It looks like an oversized roof rack storage compartment, it’s sitting on drums with sawblades curving down the whole length, and it’s got weapons. And inside is that same maniacal laughter. One side is a cannon. The other side packs a flamethrower. And on the roof, just above the operator’s head? Those are freaking rockets. ROCKETS.

The screw tank that Colin Furze has been building is finally done. It’s been a minute, and there’s a good reason for that: one of the weapons he built for the tank was illegal. Originally, the potato cannon was way too overpowered…you’ll see just what it was capable of if you watch the video. In the U.K., it was a no-go. And we wouldn’t want to put the doctor away in hospital by giving him an apple, now would we?

Project Great Pumpkin Mustang: Back On All Four Feet!

Scenario of Car Industry in India