Classic YouTube: The 1973 Dodge Dart Sport “Convertriple”…All The Excitement Over A Fold-Down Seat? 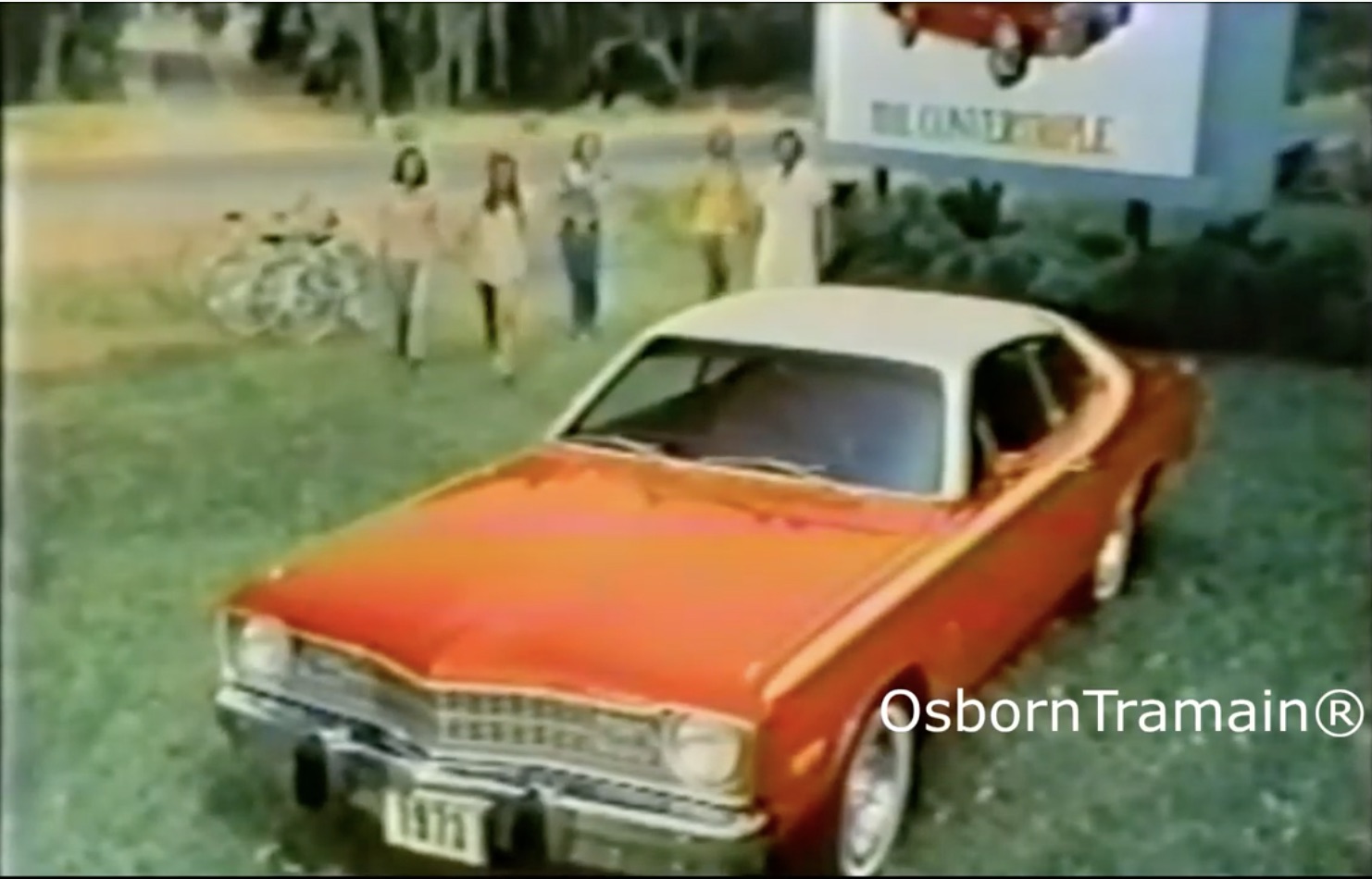 It’s 1973. The party is over, the music has died (except for the shop behind Pontiac’s main office, where you can still hear some early heavy metal blasting.) You’ve got a front row seat for the first oil shock, the 1973 OPEC crisis, and the only thing you stand to move with any kind of hope are your smaller, compact cars. You can’t rely on sporty and powerful anymore, especially when you are now going to have to be better at explaining the virtues of a platform past the common “it’s a good value” line. Good value? How? What makes Car A a better value over Car B? What do you get for your dollar’s worth, and is it worth the effort or time to buy new instead of just holding on to that trusty (if rusty) thing that has been shuttling you back and forth for years now?

The Dodge Dart Sport, the car that had been the lithe Demon before religious groups got their knickers in a twist, was one of Chrysler’s best hits of the 1970s. Plymouth had re-skinned their Valiant into a handsome coupe shape and Dodge had gotten their copy of the bodyshell to use, and they sold. The Duster 340 and Demon 340 were junior supercars that could give you a thrill, but with the 340 gone and the 360 that replaced it was only competent, not as wild as before. So, back to that trick that will bring buyers into the showrooms. How about a fold-down rear seat?

Yeah, that’s no joke. The “Convertriple” option for 1973 and 1974 was supposed to fuse three cars into one: an economy compact that had the open roof feel of the convertible (really, a manually-operated sunroof) and a fold-down rear seat that morphed the car into the station wagon. You can go ahead and roll your eyes, we understand. Just as you can understand why hearing a group of young ladies losing their minds over a fold-down rear seat is smirk-inducing.

Don’t Worry, It’s A Fake: Kicking The Snot Out Of A Restomodded Ferrari 250GTO Tribute