BangShift.com Don’t Worry, It’s A Fake: Kicking The Snot Out Of A Restomodded Ferrari 250GTO Tribute

Don’t Worry, It’s A Fake: Kicking The Snot Out Of A Restomodded Ferrari 250GTO Tribute 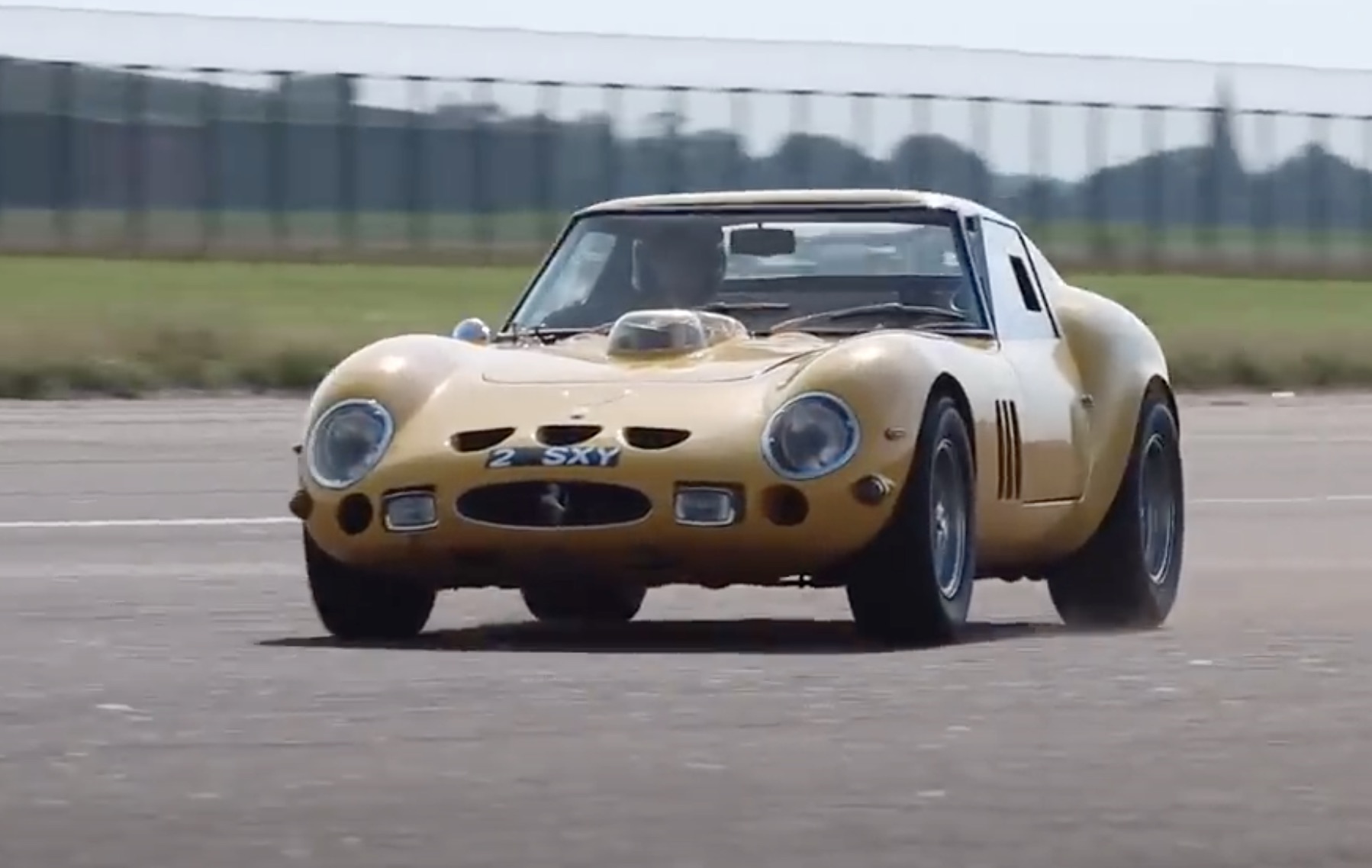 As of now, the most expensive automobile that has ever been purchased was Ferrari chassis# 4153GT, a Ferrari 250GTO. David McNeil, the man who founded WeatherTech, paid a jaw-dropping $70 million dollars for the car in 2018. That’s stunning money…The last time you could consider a 250GTO “approachable” in price was probably 1971, when a car that was donated to Victoria High School in Texas was auctioned off to the tune of $6,000. These Ferraris aren’t cars anymore, they are jewels in the crown of the financially set and über-rich. Handing seventy million dollars over for something with four wheels is already bonkers enough, but now imagine telling the new owner to go out and beat on it like Enzo Ferrari himself would have told them to…they’d drop a brick or two in their pants at the thought. Most of the real ones are housed in beautiful garages that are more museums than anything and only come out to be parked on a grass field…if that, even.

This is not a real one. This is what we would dub both a “tribute”, a recreation of a valuable vehicle, and a “restomod”, an older car made better with newer parts that keeps the flavor of the older car going. Take this one: It looks like a Ferrari GTO, and it should, since measurements were taken from a real-deal car. But the chassis was donated from a Ferrari 400i that saw a little bit of fire, and the engine is the 5.7L V-12 barker from a Ferrari 575 Maranello. It looks the part, it’s got solid bones, and it’s got enough power that toe-to-toe, it would kick a real-deal car directly in the teeth with a steel-toed boot.

Classic YouTube: The 1973 Dodge Dart Sport “Convertriple”…All The Excitement Over A Fold-Down Seat?
Never As Easy As It Looks: Radical Paint Work (And Other Fun With Old Cars)