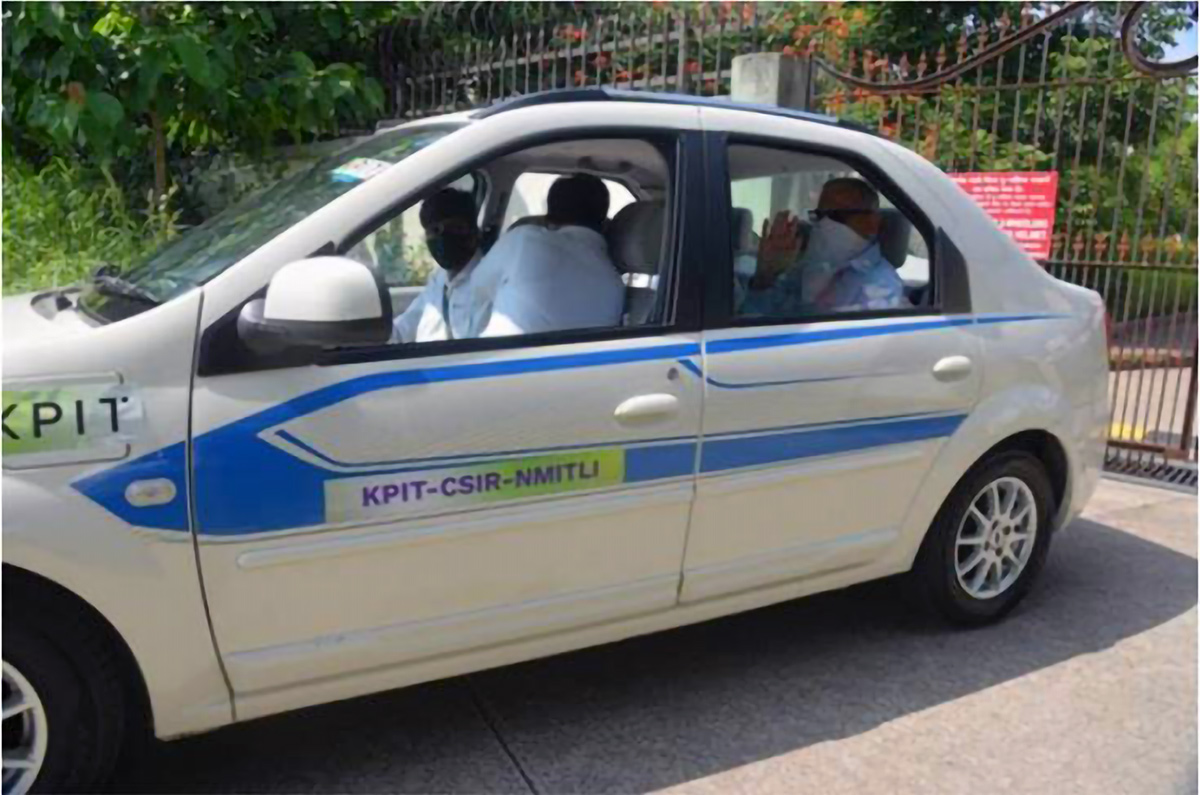 CSIR and KPIT entered a partnership for the development of automotive grade PEM Fuel Cell technology back in 2016, under the New Millennium Indian Technology Leadership Initiative (NMITLI) – an initiative to establish public-private partnerships in the field of research and development.

Hydrogen Fuel Cell (HFC) technology uses chemical reactions between hydrogen and oxygen (from air) to generate electrical energy, eliminating the use of fossil fuels. Further, the fuel cell technology emits only water, thus cutting down the emission of harmful greenhouse gases and pollutants.

The technology has been adopted by carmakers such as Toyota in international markets, with others looking to develop hydrogen-powered models. For India, however, it will likely be a while before the technology can be successfully adopted, with the lack of infrastructure to currently support such vehicles.

The trials were run on a battery-electric passenger car platform retrofitted with the fuel cell stack. The fuel cell vehicle was fitted with a Type III commercial hydrogen tank. With capacity of around 1.75kg of H2 stored at about 350 bar pressure, the eco-friendly car could possibly run for approximately 250km under typical Indian road conditions at moderate speeds of 60-65kph. The entire fuel cell stack and its associated components with powertrain were retro-fitted in a standard 5-seater sedan.

xEV rated: An in-depth look at all types of electrified cars