BangShift.com Checks And Balances: Now The YouTubers Are Checking On Each Other’s Projects!

Checks And Balances: Now The YouTubers Are Checking On Each Other’s Projects! 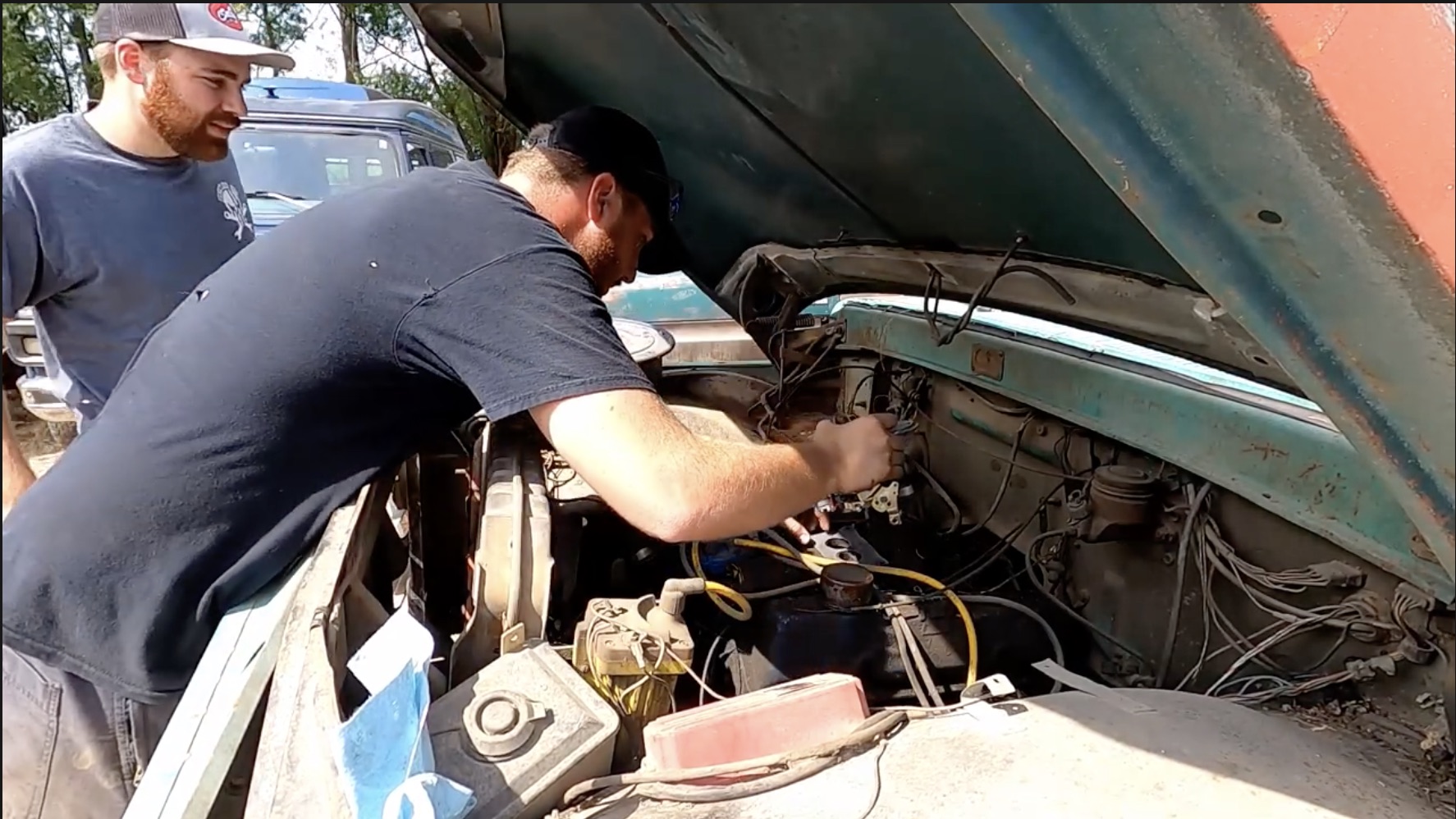 Ever since he evicted a possum off of the engine of a Fiat roadster nobody cared about until he got the keys, Kevin has been a man after junk cars. He might have trumped me in the amount of questionable automotive decisions ever made by one individual. Flood cars, trucks so ratty that the bedsides flap, a V6 Camaro that looks like it escaped from a police auction, the infamous Plymouth Satellite that was sleeping in the same location for decades on end…and did we mention rust? Short of being parked on the Titanic’s forward deck, Kevin might have the market cornered on oxidized iron. For the last few years, I’ve had the privilege of not only writing about him, but he’s allowed me access into the background, the stories of what’s going on well before you see them. And maybe some early-morning bullshit sessions where I’m running out of steam and he’s on fumes…maybe literally.

I’m not sure why Jacob Davis went out to the middle of nowhere in Iowa to see the fleet of abandoned toys that Kevin has amassed over the years, but if there is a good reason to mess around with some old cars in a field somewhere, he will find it. Davis is determined to see if every last vehicle in Kevin’s fleet will fire, in some sort of odd verification process. Hey, whatever works…it does mean that somebody actually is making sure that the cars are still alive and not returning to their abandoned state!

Wanna Build Your Own Carbon Fiber Roof? Watch These Guys Do It To A 1977 Toyota. You Can Do This Too!
Metal Shop Rules: Building Mini-Tubs For The Valiant Wagon

BangShift.com Wanna Build Your Own Carbon Fiber Roof? Watch These Guys Do It To A 1977 Toyota. You Can Do This Too!