MG created something of a sensation when it launched the Hector in India. Not only was the company’s first SUV (and first product) huge on the inside, it was also attractive looking, nicely specced and came with a set of features designed to sweep Indian customers off their feet.

We were pretty impressed with the avalanche of features too when our long-term Hector rolled up looking all corporate and cool in Aurora Silver. Of course, the swimming pool-sized sunroof got our attention first, and how could we miss the tall, Volvo-like touchscreen? But what also impressed was stuff like the app-based connected-car tech, the subwoofer and amp-equipped Infinity sound system, a powered tailgate, tyre-pressure monitoring and even voice-based commands for stuff like the climate control and sunroof. About the only bit of kit we don’t have on this car is an automatic transmission. Our long-termer is the diesel, and MG doesn’t have a diesel-auto in the range yet, so 6-speed manual it is. 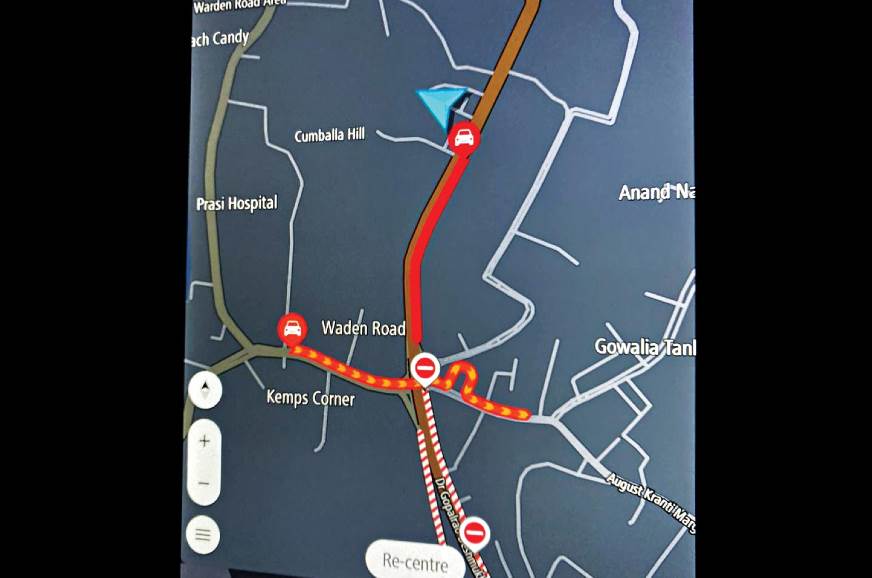 TRAFFIC AHEAD: Real-time alerts, only a tap away, are a big help in traffic.

Now, with the pandemic still raging, most of our journeys are either long or extremely short, around the corner and back. And the Hector has been impressing in both scenarios. To begin with, it feels smaller from behind the wheel than its 4.7m length suggests. Yes, you do feel the size initially, especially on tighter corners, and it clearly is half a size up on something like a Creta, but because visibility is good and the steering is quick, the Hector actually manages to duck in and out of traffic quite easily. 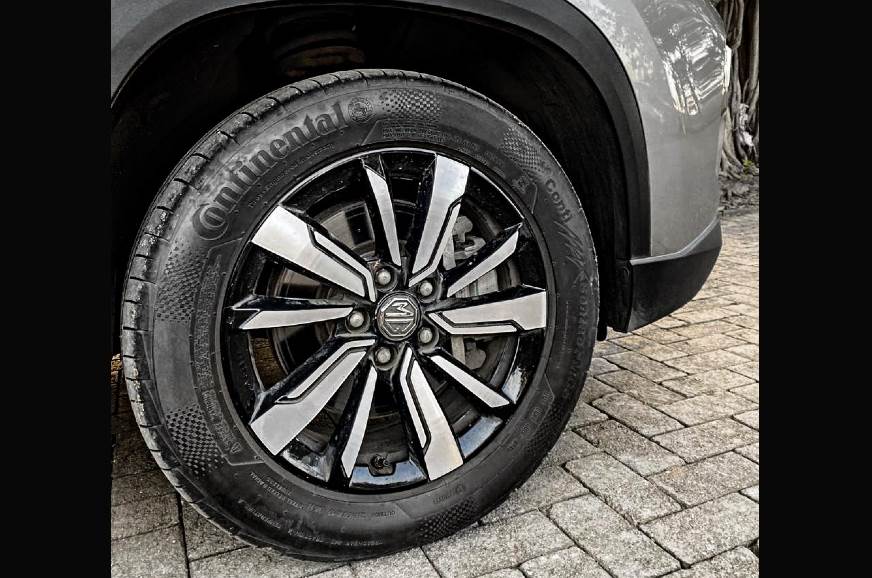 RIDE ON: Soft, supple and silent, the Hector rides well at city speeds, even over really bad patches.

The other thing that impresses is the Fiat/Jeep diesel under the hood: it feels smoother and less strained than in the Compass. The clutch is a bit lighter, there’s only a bit of turbo lag and the gears slot in nicely (though not as positively or with as much mechanical precision as in the Jeep). Also, rev the engine and it doesn’t get as boomy either. Even the ride is supple, silent and thud free. So the Hector, in the city, has been quite a pleasant surprise and the 360-degree reversing camera is of great help; though the clarity and sharpness of the camera and screen should have been better. 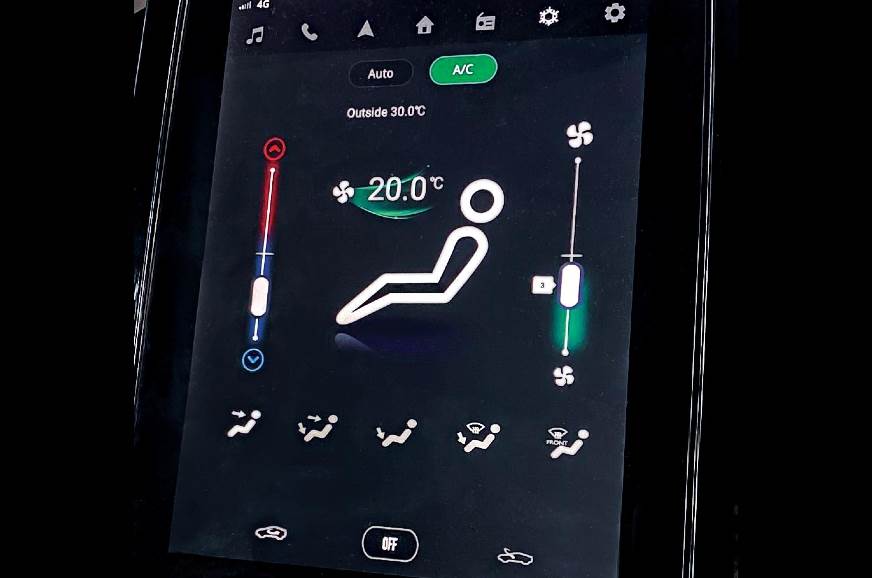 HIDDEN MENU: Air con controls on the touchscreen are very difficult to access on the move.

Long, early-morning drives out to our shoot locations also demonstrate just how accomplished the Hector is at speed. While the soft suspension has been setup more for the city and there is a bit of unnecessary up and down movement at speed, this is well within accepted limits. On a steady throttle, the Hector even manages rough patches quite well. With some additional weight on the front wheels due to the diesel, there is a bit of pitching over large bumps, but this weight also helps it steer a bit better at speed than its petrol-powered siblings. Wish the brakes had a bit more teeth though; at times, you miss the extra bite when you need to slow down in a hurry.

I also find myself using the connected tech on the Hector more and more. The Gaana app is where I go first, and along with the superb Infinity sound system, I must say it makes driving in what little traffic there is nowadays less stressful. Going through the menu to start up the Gaana app every time you start the car, however, is something of a pain. I also use the always-connected TomTom navigation quite a bit as well. Live traffic updates are what I use often and the system highlights areas of dense or slow-moving traffic very effectively. 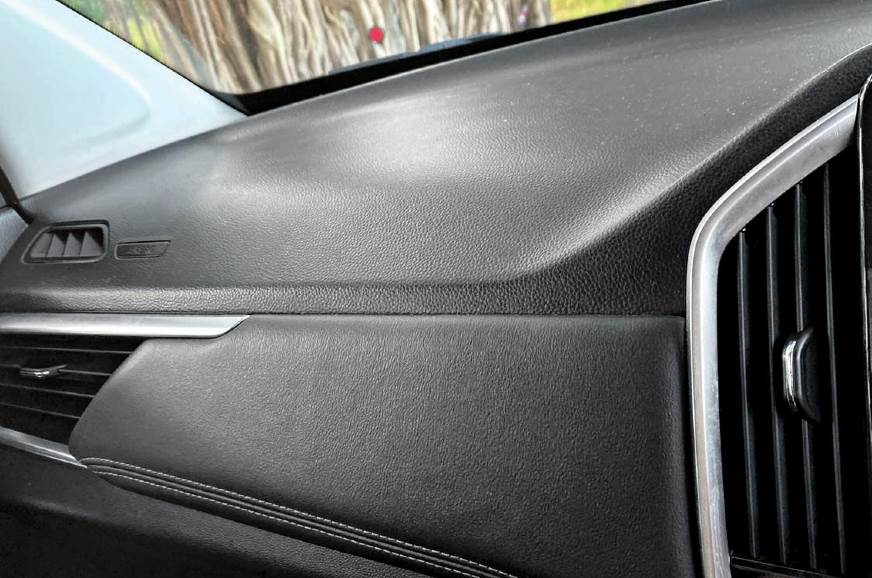 QUALITY CONTROL: Many of the plastics on the inside are hard and shiny, and they are finished in black.

However, while the big screen and feature overload add considerably to the Hector experience, pet peeves include the slow response time of the screen (due to lower-spec hardware and software), screen-based AC controls that are not accessible while you reverse out of your parking lot, and a voice assistant who’s performance is patchy and clearly not in the league of Apple’s very impressive Siri. I’m not too chuffed with the quality of the plastics on the inside or the artificial leather. None of these, however, can take away from the fact that the Hector is a very capable, comfortable and seriously well-equipped SUV that has loads and loads of appeal. More on living with this fascinating SUV in coming issues.