12 electric pickup trucks are in the works

With the unveiling of the GMC Hummer EV, the list of planned electric pickups is expanding. Legacy automakers like Ford and Chevy have theirs coming, as do startups like Tesla, Rivian and Bollinger, as well as some lesser known brands. Here are all the electric pickup trucks we know to be in the works, along with a few that are being discussed or mulled over. 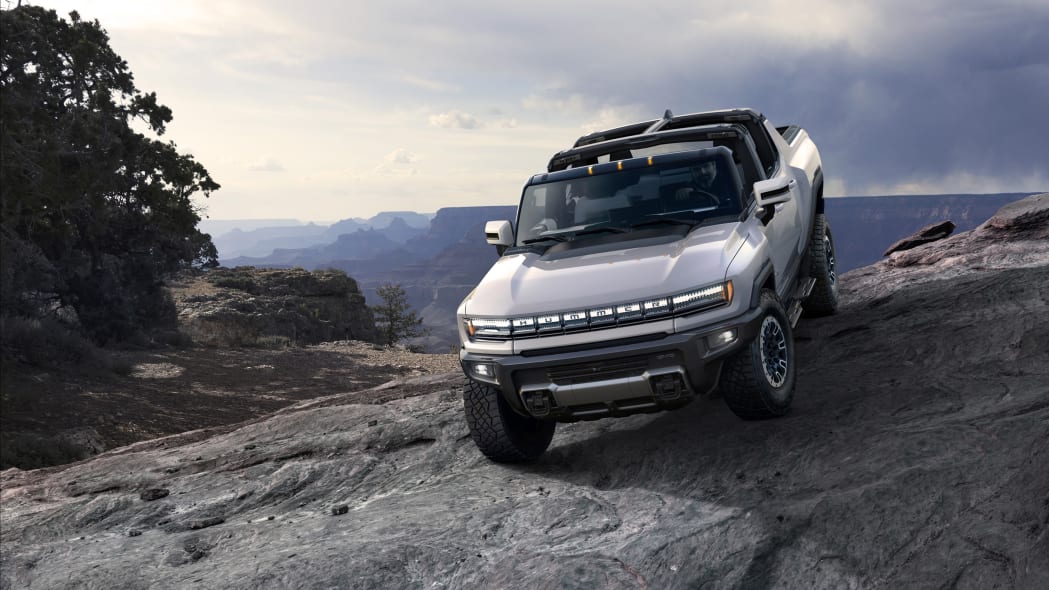 We’ve seen it now, and it’s the business. The GMC Hummer EV comes out swinging with 1,000 horsepower from GM’s new Ultium electric powertrain program, a wealth of off-road features, a removable roof, Super Cruise and the revival of the Hummer name. We’ll see the first ones on the road next fall. 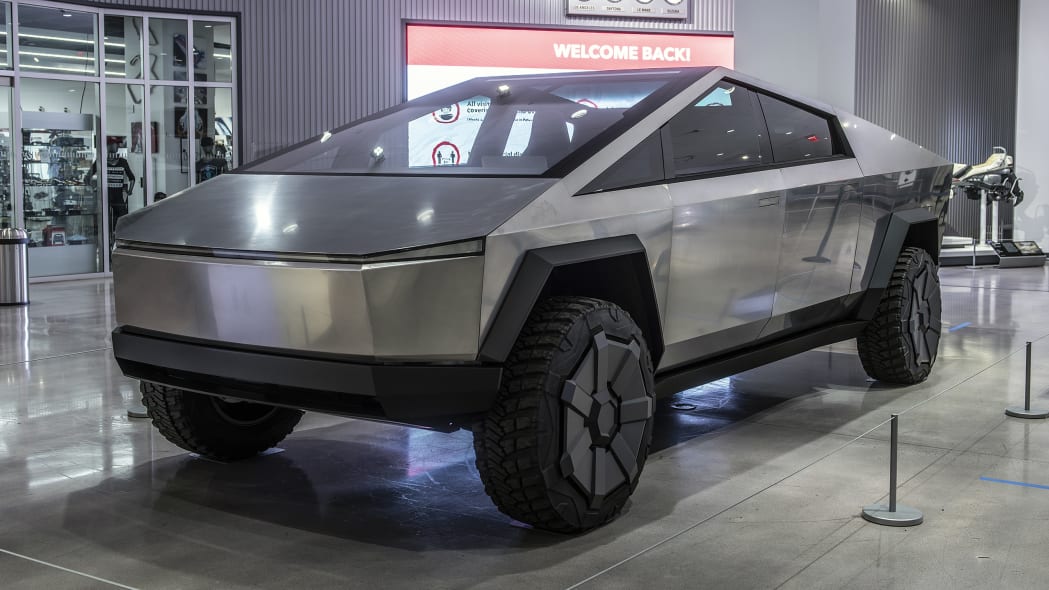 Tesla revealed the Cybertruck last year with, ahem, unique styling, a number of powertrain options and a claimed range of up to 500 miles. It has a compressed paper dash, a ramp for the bed, and “shatterproof” windows. It has already racked up hundreds of thousands of reservations. It will be built in Texas. EV startup Rivian revealed its R1T electric pickup toward the end of 2018 with a claimed 0-60 time of 3 seconds and a towing capability of 11,000 pounds. Preproduction began in September 2020 at Rivian’s factory in Normal, Illinois. 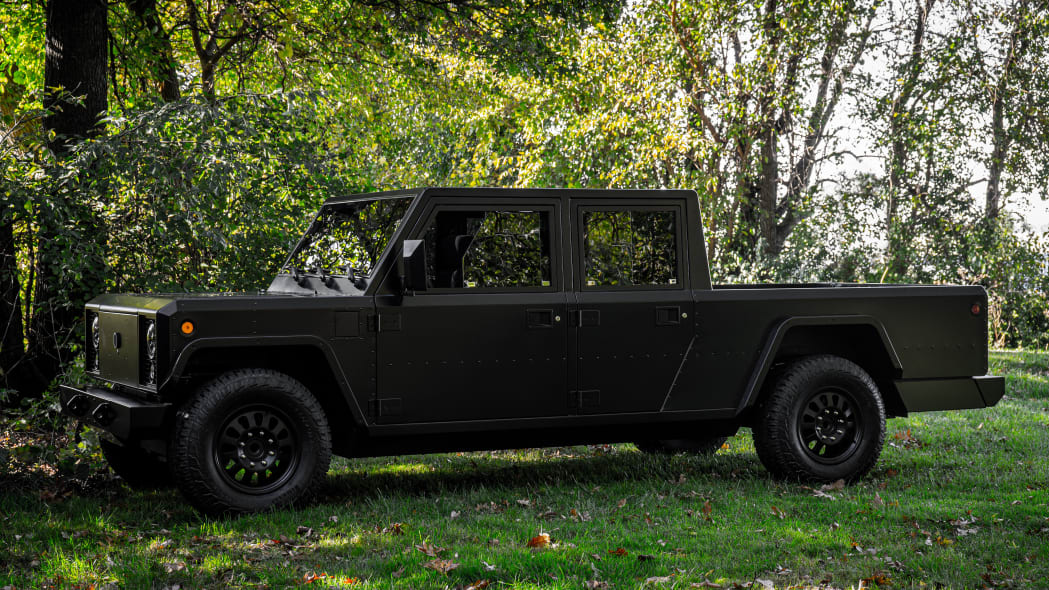 Bollinger’s B2 electric pickup is a Class 3 off-roader with retro styling, removable roof panels, and a unique “frunkgate” with a pass-through down the center of the vehicle. It was created with both enthusiasts and workers in mind, with features that can get it to remote places (portal axles, hydro-pneumatic suspension) and to get things done (room for 40 2x4s, equipped with eight 110-volt outlets and one 220-volt outlet). Bollinger also plans to make the B2 Chassis Cab available for fleet customization. 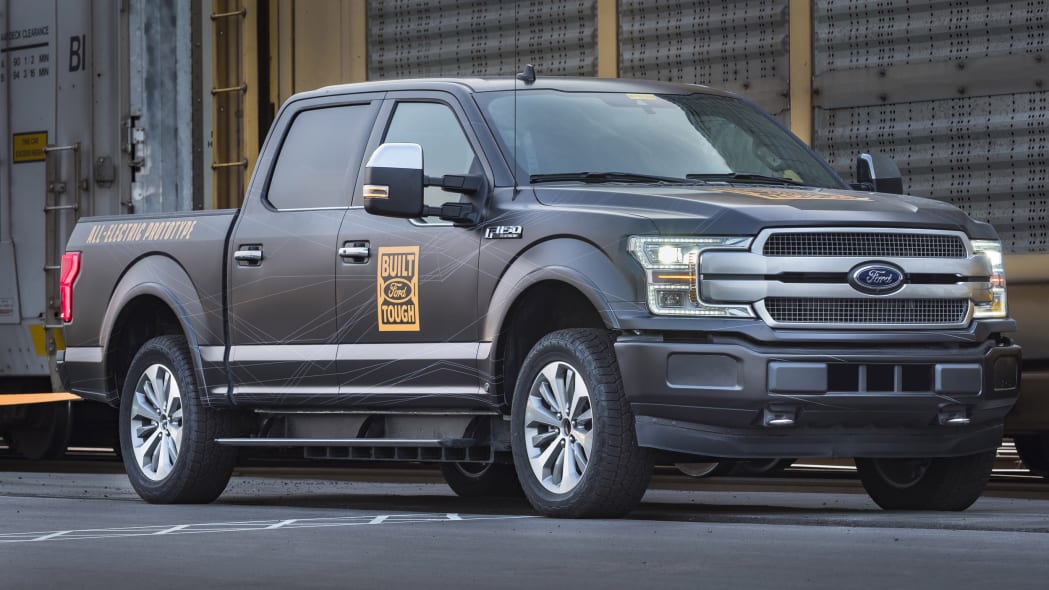 We’ve known this to be in the works since early 2019. Since then, details have trickled out. Back in June, Ford announced its F-150 Electric would be coming within two years. We’ve seen it pull a million pounds worth of train and trucks, heard it will have more power than any other F-150, and seen its LED-laden front end. 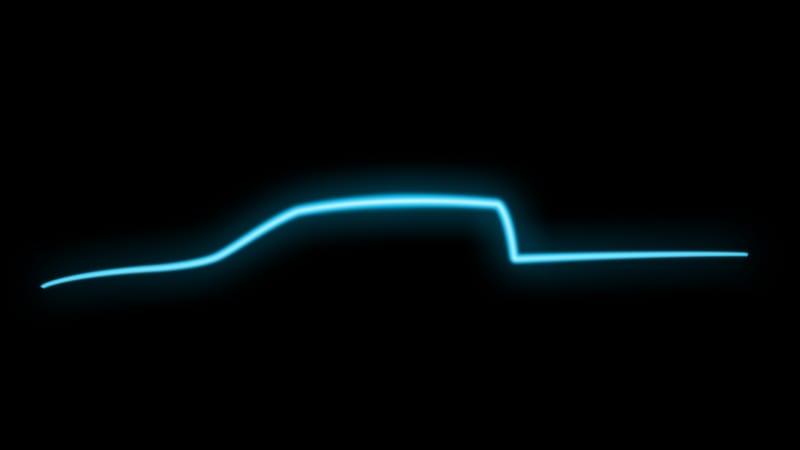 Not to be outdone by the competition, GM has said it will produce a Chevy electric pickup, distinct from the GMC Hummer EV, in the style of the Silverado. We don’t know much else about it, but it should offer more than 400 miles of range. 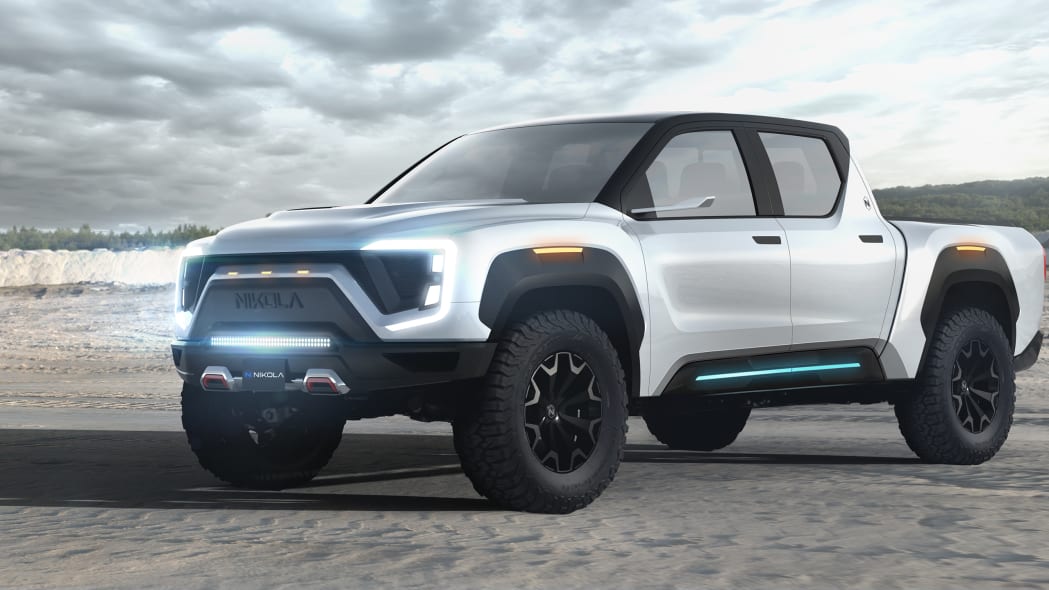 EV startup Nikola has unveiled its Badger pickup, with both battery-electric and hydrogen fuel-cell powertrains. Since then, GM has moved to purchase a stake in the company (discussions ongoing), and Nikola has been embroiled in controversy with founder Trevor Milton resigning amidst accusations of fraud. We’ll see how this shakes out. 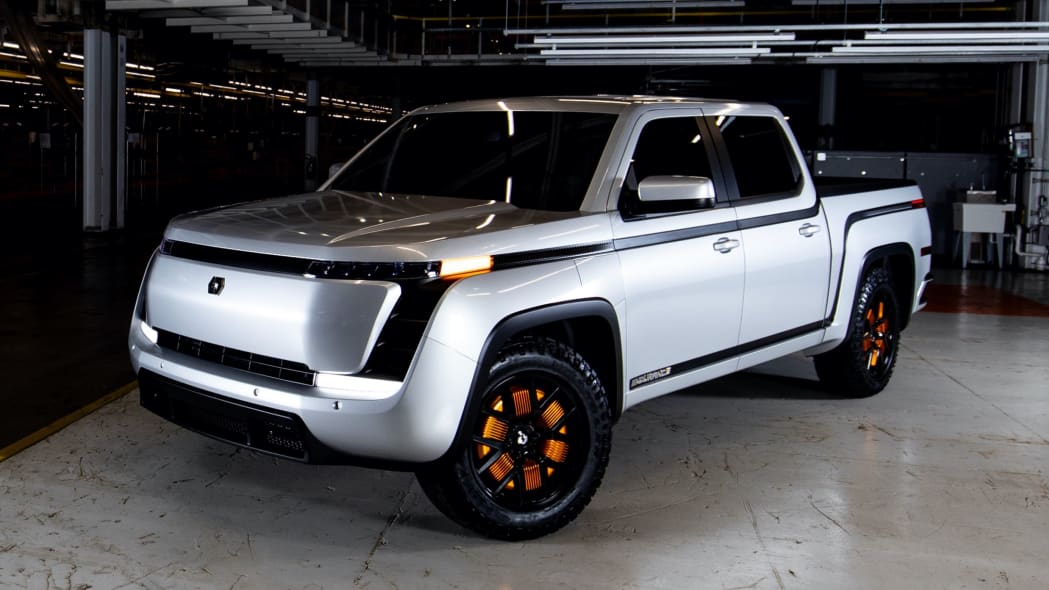 Lordstown Motors bought GM’s old Lordstown, Ohio plant, where it will build its Endurance electric pickup. The truck will feature in-wheel motors, and will start at $52,500. We’re still waiting on full details and specs. 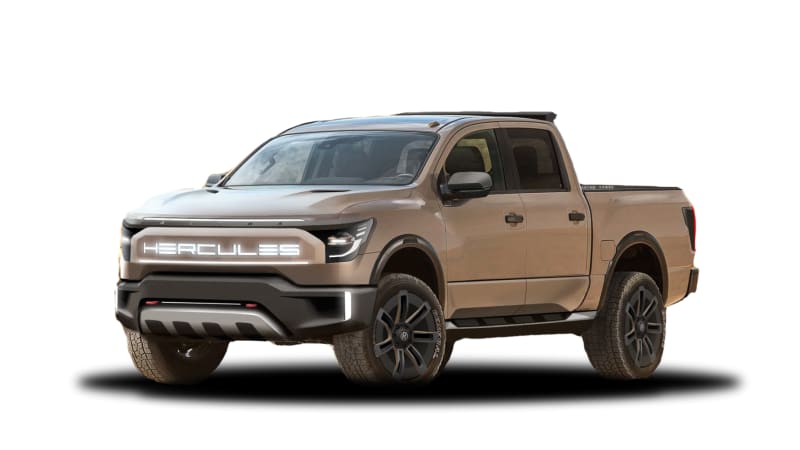 Hercules Electric Vehicles plans to build the Alpha electric pickup. Claims are lofty: 1,000 horsepower, 300 miles of range, 12,000 pounds of towing and a 0-60 time of 4 seconds. It will also use a solar tonneau cover. 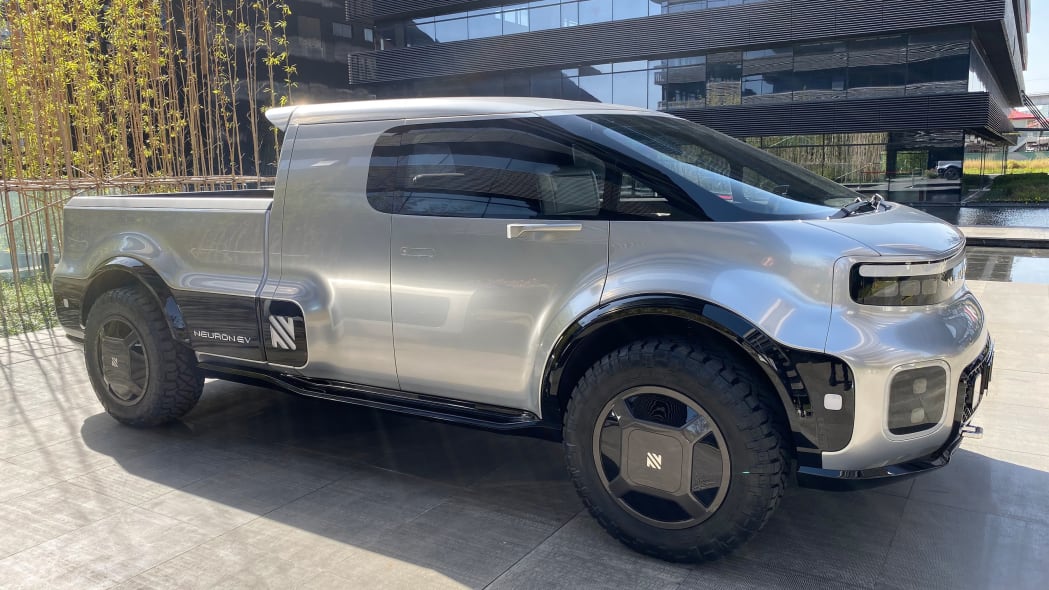 Revealed late last year at the China International Import Expo, the Neuron EV T.One will ride on a skateboard chassis. There might be a fuel-cell powertrain in the works, too. Like the previous two on our list, we’re not really holding our breath for this one. 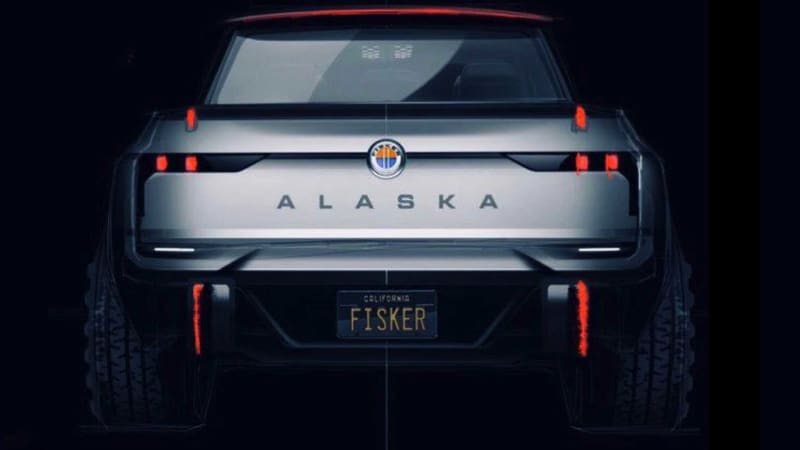 Back in February, Henrik Fisker tweeted a picture of an electric pickup with the word “Alaska” across the bed. Then he deleted the tweet. The company has suggested multiple times it could build a pickup, and finally confirmed it in July, saying it would have four models by 2025.

Potentially something from Lucid Motors 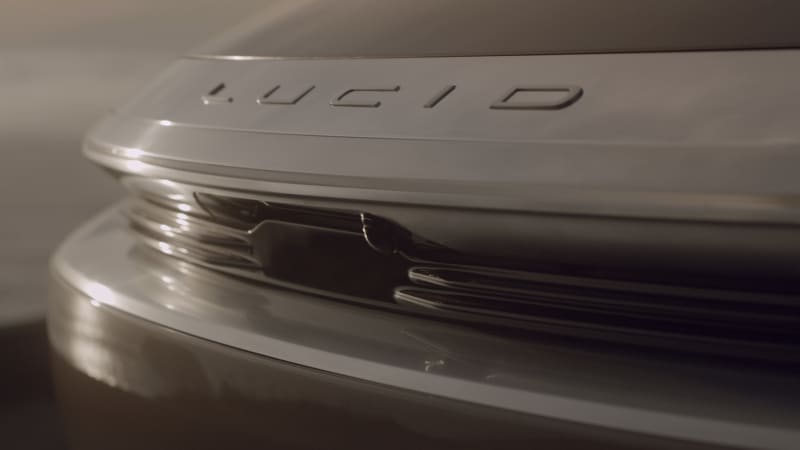 This one’s not set in stone, but Lucid Motors is planning a full range of EVs, including, possibly, a pickup truck. “If we want to make a longer vehicle, like a pickup or something like that — which we may want to make in the future — the paint shop is future-proofed for pickups,” said Lucid CEO Peter Rawlinson back in August.

Potentially something from VW Another vague potential plan in the works, Volkswagen board member for electric mobility, Thomas Ulbrich, told Autoblog back in August that the Amarok (the only body-on-frame pickup in VW’s portfolio) could hypothetically be offered as an EV. “We are looking at what Rivian is doing, because normally it is difficult to believe that a car like the Amarok, for example, could be electrified,” he said. “But, nevertheless, step by step our investigation and research makes us think it becomes more possible. By making this technology more and more robust, an Amarok-type of car would be BEV.”

Potentially something from Ram 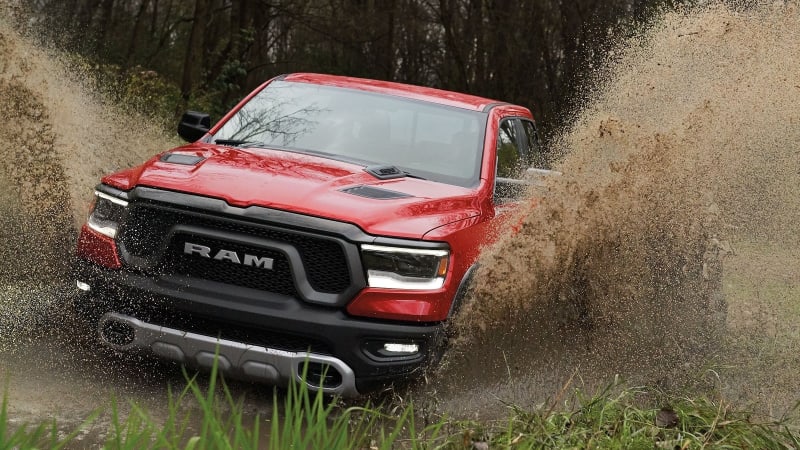 Ram hasn’t announced plans to launch an electric pickup. It says it’s keeping an eye on the segment, but doesn’t see the demand for it yet.