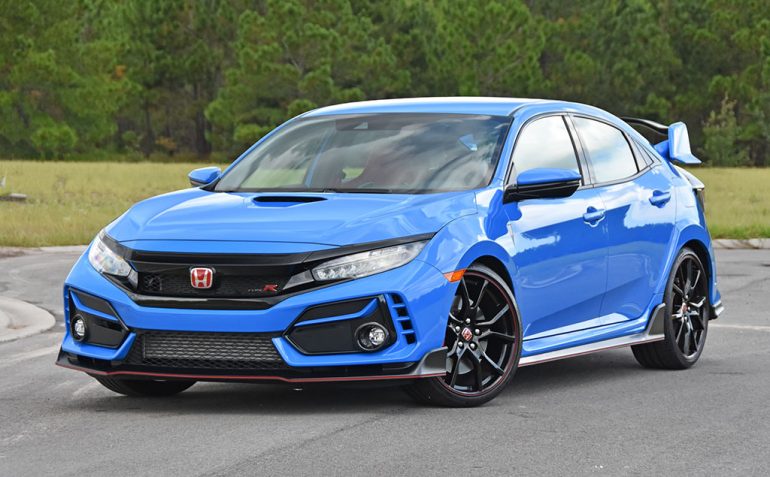 When I first encountered the latest generation of the Honda Civic Type R back in 2017, I was immediately enamored with the way it drove. Most of what it had to offer was totally unexpected in the form of ample power through its front 20-inch wheels that felt much more than the stated 306 horsepower and 295 lb-ft of torque. The 2.0-liter turbocharged 4-cylinder had some magical cylinders because it was what I call “fast” for a front-wheel-drive ANYTHING.

Now, embarking on the latest 2020 model year of the Honda Civic Type R I am even more enthralled by the small tweaks for the new model year, which boil down to improved suspension tuning, more powerful brakes, and a slightly revised styling up front. 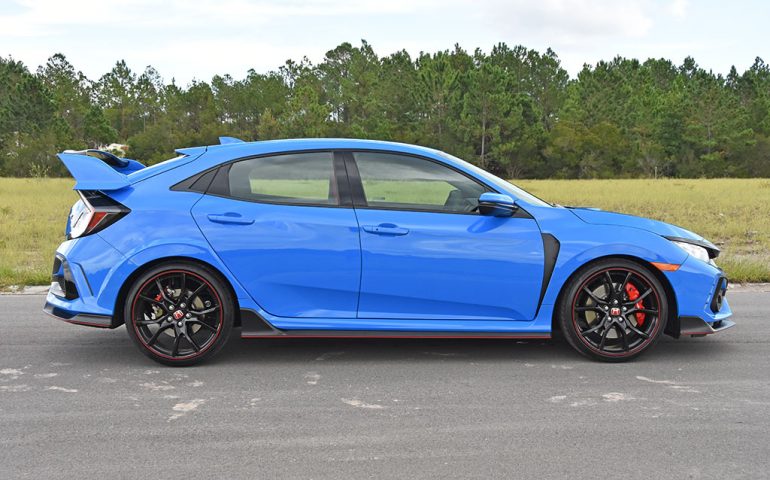 I have owned my fair share of vehicles in the category of the Honda Civic Type R, and much about what it has to offer reminds me of my 2017 Ford Focus RS, only more agile and forthright in being a better commuter due to its ability to morph into a smooth-riding 5-door hatchback in the Comfort drive mode. The three defined drive modes of the Honda Civic Type R, just as I explained three years ago, add a delightful driving experience to the front-wheel-drive pocket rocket. I would even say it “feels” faster than my Focus RS even though the stated 0-60 mph time is claimed to be 5 seconds. I feel that I’ve driven enough manual transmission vehicles and take the proper time to “master” each vehicle that I could lay down the 5 second time to 60 mph without issue – and I was right. That’s just a couple tenths of a second slower than my Ford Focus RS, but all is forgiven because the Civic Type R is front-wheel-drive and the Focus RS is all-wheel-drive. 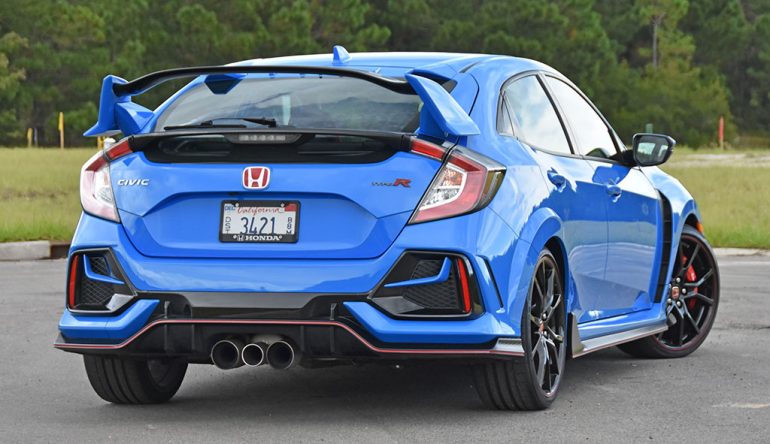 To complete the subtle update for the 2020 model year, the Civic Type R gets a new exclusive Boost Blue paint color, which you see here in my test vehicle, in addition to a new Active Sound Control that changes the interior sound depending on the drive mode… Comfort is mostly quiet, Sport pumps in more sound, and +R mode adds a hair more sound that appears to come from the unique exhaust outlets out back. 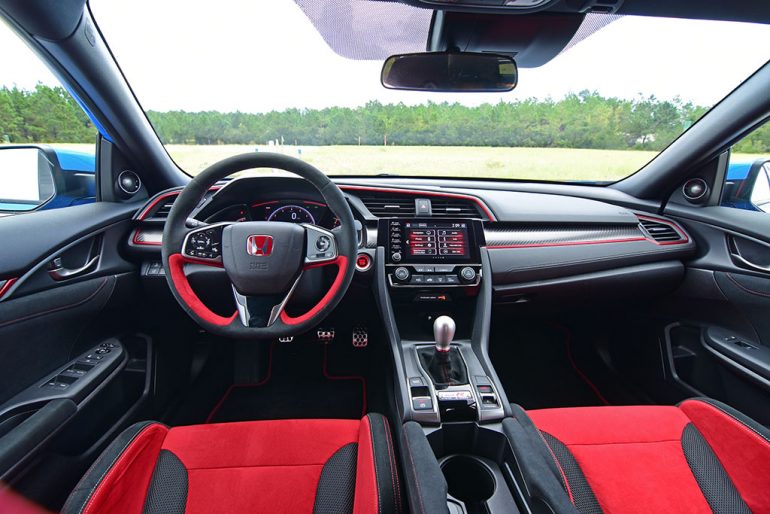 Such an eye-popping color on the new Civic Type R that you see here also favors my Focus RS’s Nitrous Blue and Shelby GT350’s Grabber Blue – it’s a head-turner even if the Civic Type R has a plethora of sharp eye-twitching angles all throughout high-mounted rear spoiler and lower body panels. If I was to forget and forgive how the Civic Type R looks, I would own one in a heartbeat because it is just that good. The engine has a little bit of turbo lag at first up through 2,500 rpm, but things start to spool up much in the fashion of anticipating what I used to find in the VTEC cam-switch-over in older B-series Honda motors from the late 90s and early 2000s. Those vehicles were a blast, and so is this new Civic Type R. It also handles well where it’s almost go-kart-like – you just want to toss it around, and it lets you. The 6-speed manual transmission even feels like I’ve returned home to my old Honda Prelude SH or Acura Integra GSR, it’s straight up the business for rowing your own gears with the right clutch engagement and feel. 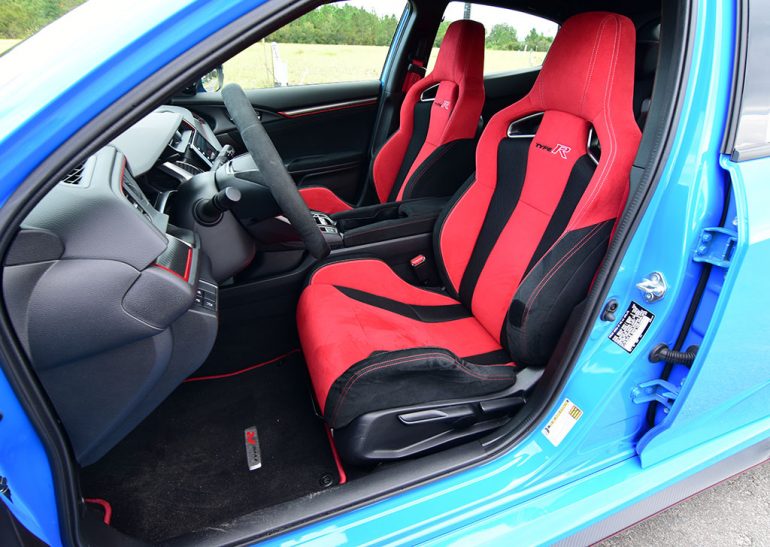 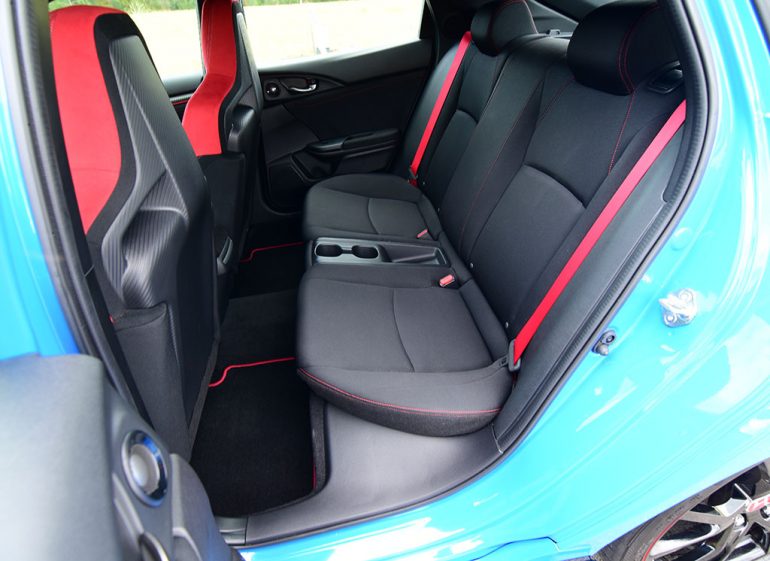 Inside the Civic Type R is much of what I experienced three years ago with a cabin that’s almost eye-catching (or twitching) as the exterior. The 7-inch infotainment touchscreen seems a bit slower to respond to inputs than I remember of past year Honda Civics and the Type R. The use of Apple CarPlay and Android Auto integration makes all mishaps forgiven. There’s the latest Honda Sensing Suite of active safety features, including the collision mitigation braking system, road departure mitigation, lane-keeping assist, and adaptive cruise control. 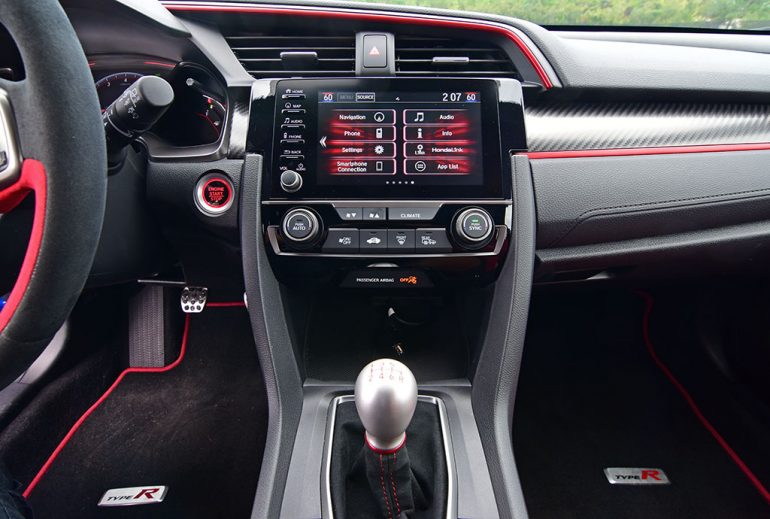 For the looks of the Honda Civic Type R it perfectly fits its performance level, just as the rather tight bolster-kidney-hugging suede-like cloth seats do. 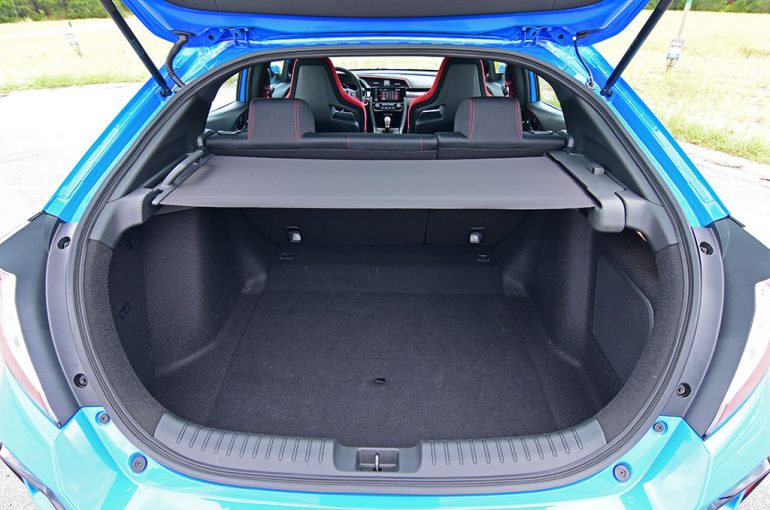 As I said before, the Honda Civic Type R is a better vehicle than the discontinued Focus RS and the latest Subaru WRX STi – only if those cars were both front-wheel-drive to match the Type R. I know, that sounds strange, but just go with it. The Civic Type R is an engineering marvel for a front-wheel-drive pocket rocket, and the price of $38,264 is just the right number for such a vehicle that’s eager to please hardcore enthusiast – younger ones though because of that youthful exterior styling (wink, wink).

The role of data storage in achieving fully autonomous driving