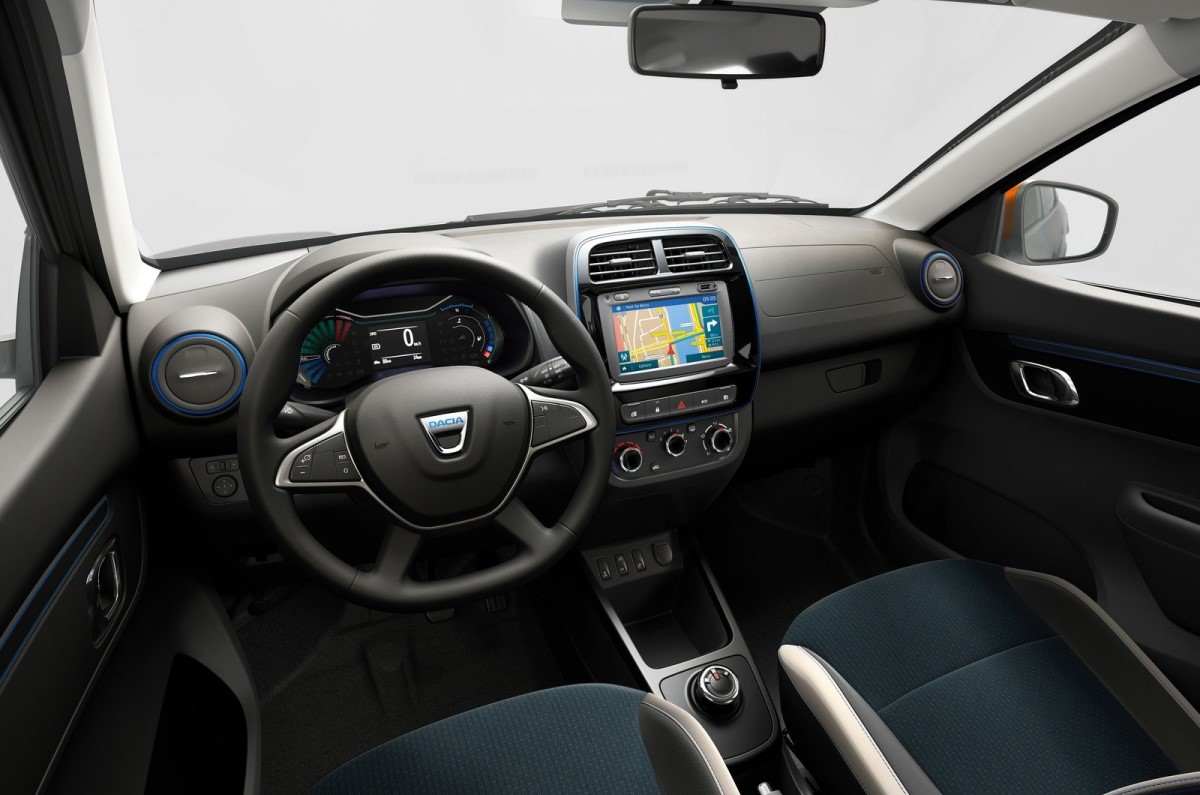 The Renault Kwid-based all-electric vehicle, revealed as the City K-ZE, will be available in European markets from early 2021 onwards. Called the Dacia Spring Electric, the budget EV for Europe, features a few cosmetic changes that differentiate it from the K-ZE hatchback and will be on offer for personal and commercial buyers.

The Spring EV, K-ZE and Renault Kwid share most design cues and the overall silhouette. The only major difference between the two EVs can be seen in the grille, the K-ZE gets a W-shaped grille design while the Spring EV features a grille design that matches the Dacia Duster (as the Renault Duster is known abroad).

Dacia, a sub-brand of Renault, says the Spring Electric will be available in city car, car-sharing and delivery van forms. Initially, the model will be offered across mainland Europe via the car-sharing company, Zity.

While the layout of the interior is the same as the K-ZE, the Spring EV sports a four-spoke steering wheel, blue highlights on the air-con vents and all-black seat upholstery. In standard form, the EV boasts a 300-litre boot that can expand to 600 litres with the rear seats folded. However, the cargo version will forgo rear seats to offer 800 litres of luggage capacity and a 1,033mm load length.

The Spring Electric’s interior features a 3.5-inch digital display between the analogue instrument dials, while a 7.0-inch touchscreen infotainment system is an option. This includes voice control and Apple CarPlay and Android Auto functionality. Standard kit includes power steering, remote central locking and four power windows, though features such as a manual AC, power adjustable ORVMs and a spare wheel are optional extras.

It is interesting to note that the K-ZE comes with a larger 8.0-inch touchscreen infotainment system, a tyre pressure monitoring system and a rear parking camera.

Like the Renault K-ZE, which was showcased at Auto Expo 2020 and is already on sale in China, the Dacia Spring Electric is powered by a 26.8kWh battery pack, which can go 225km on a single charge (WLTP). The battery is capable of fast-charging up to 80 percent via a 30kW CCS DC charger in under an hour, though a standard 7.4 kW wall-box charger will charge the battery to 100 percent in under 5 hours.

When the French company brought its smallest EV to the Auto Expo earlier this year in February, Renault India’s managing director, Venkatram Mamillapalle, stated that the K-ZE electric hatchback will be launched in India “within the next 2 years”. While we do not have confirmation if this plan has been delayed due to the COVID-19 pandemic, considering the launch of the Kiger compact SUV has been pushed back, the arrival of the K-ZE is likely to be delayed as well.

Once it arrives, the Renault Kwid-based EV is expected to be the most affordable electric vehicle in our market with prices starting at around Rs 7 lakh.

Renault Duster gets discounts of up to Rs 1 lakh