BMW X7 is getting a facelift, and here’s your first spy photo look

The BMW X7 is getting a facelift soon, and today is our first look at what BMW’s biggest crossover will look like with the changes. It’s immediately apparent that BMW is only changing the styling on the front and rear, which is par for the course with a mid-cycle update.

However, we’re seeing more radical change to the front of the X7 than we may have guessed otherwise. The biggest difference is in the placement of its headlights. Note how much lower in the face these headlights appear to be than the current X7. Where the top of the light fixture meets the hood line currently, the top of these headlights appear nowhere near the hood line. Instead, they’re placed halfway down the large kidney grille, lower to the ground. We’ll point out one caveat here, though. The lights photographed here don’t look like production headlights. Much more elegant and better LED lights will be swapped for these stand-ins eventually, so don’t make too harsh of a judgment call on them yet.

As for the grille, it’s impossible to call out any specific size or shape changes. It flows over into the hood just as it did before, and the outer edges are blocked from view with camouflage. There isn’t much to see in the lower part of the front bumper. The current X7 has some exaggerated venting and styling going on down there, but it’s all covered up in these photos. Expect to see some slight changes, but we suspect it won’t change the car’s personality or appearance too drastically. 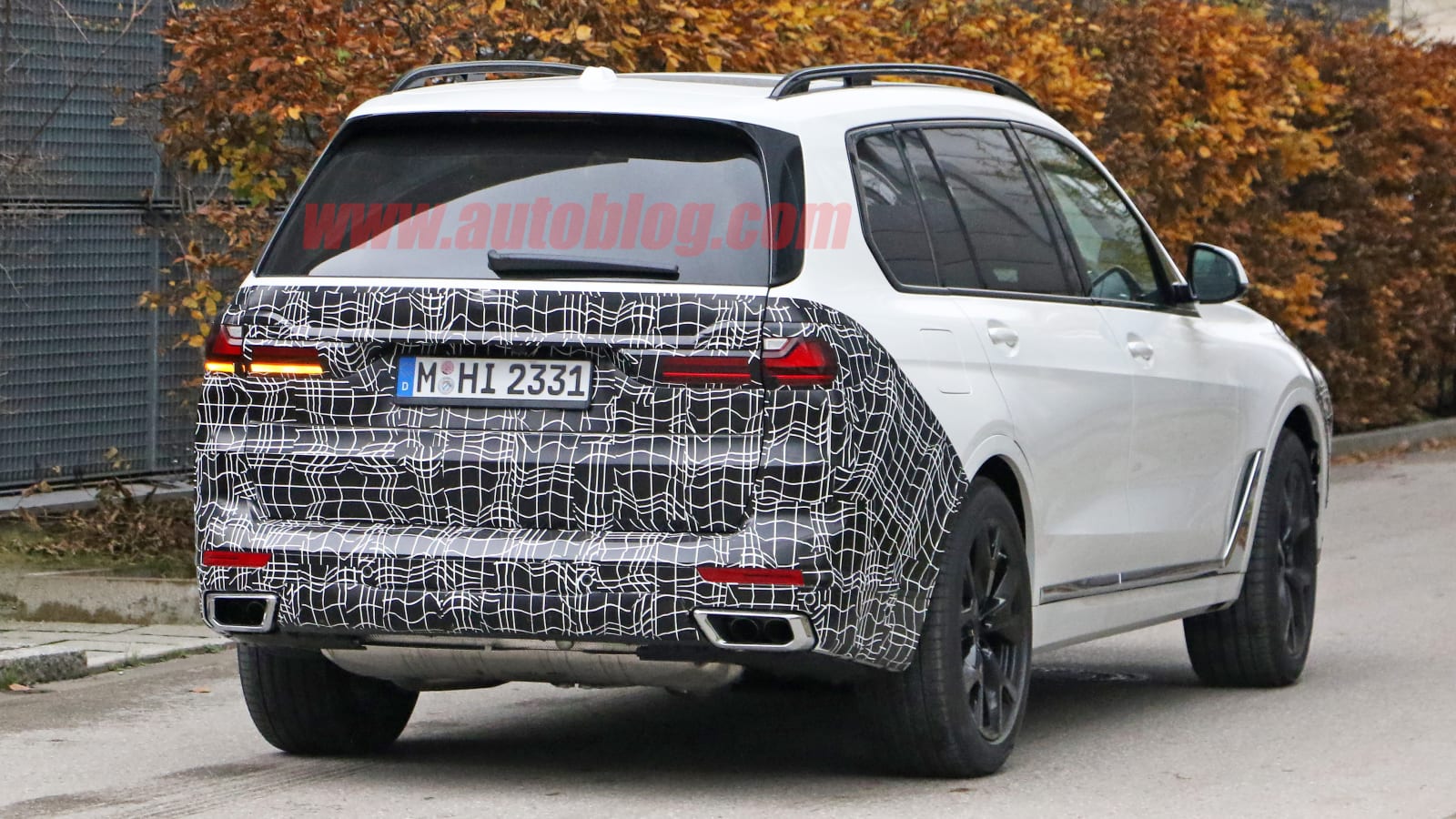 Nothing looks different around the back, but that doesn’t mean there won’t be some tiny changes in the finer styling points. As far as we can tell, the X7’s face is getting a much bigger update than the rear end.

Our spy shooter didn’t get to look inside, but BMW is likely attending to the interior with this update, too. There could be some tech enhancements and new trim/color options on the way, but we’ll have to wait for the official reveal for those details to materialize.

As for when we should expect to see all of this, our guess pegs it as a 2022 model year at the earliest, 2023 at the latest. If it’s an update for 2022, look out for a reveal sometime next year.

2021 Acura TLX Luggage Test | How much fits in the trunk?