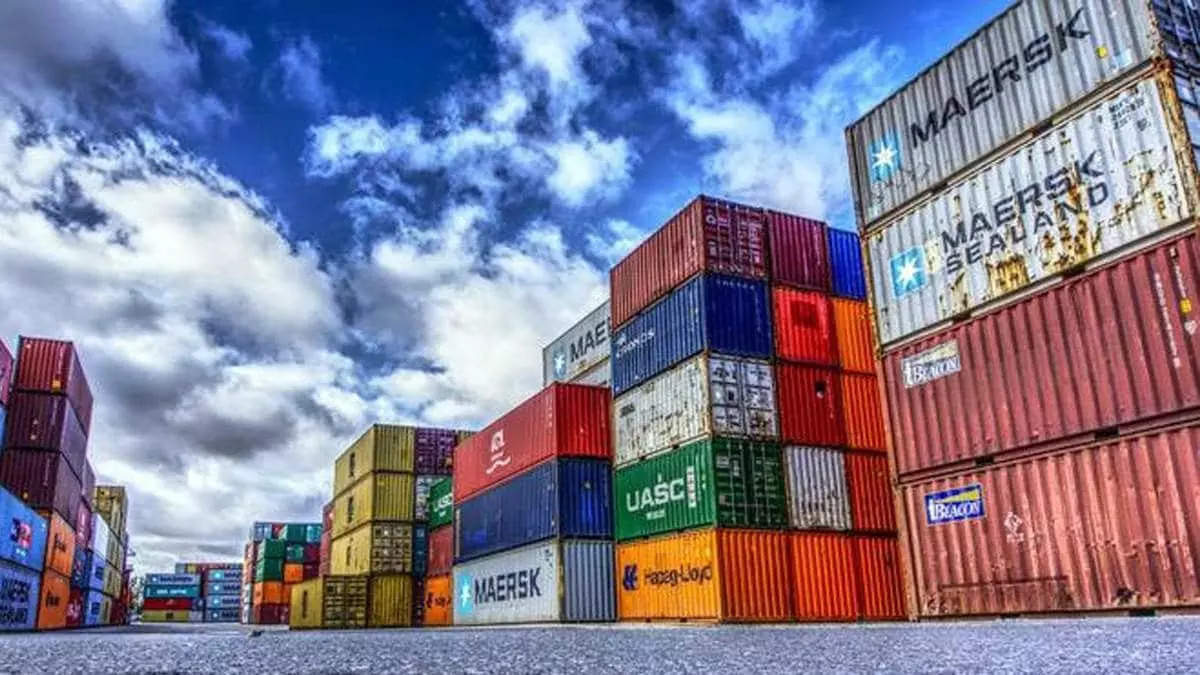 The supply chain crunch appears to have already peaked in the U.S. When I first wrote this in mid-October, it felt like a bold assessment. Over the past two years, just about anything that could go wrong with global supply chains has gone wrong, from volatile swings in demand, a wave of extreme weather events and even a container ship getting stuck in the Suez Canal. But evidence keeps piling up to suggest that the U.S. is slowly but surely making progress in easing freight congestion and supply shortages.

Global average ocean freight rates for a 40-foot container have now declined for eight straight weeks, according to data released Thursday from maritime advisory and research firm Drewry. Spot pricing for the busy Shanghai-to-Los Angeles trade route has bounced around more but is still down about 19% from its September peak. Meanwhile, the number of containers lingering for longer than nine days at the Port of Los Angeles has dropped by about a third since the hub announced a plan in October to start fining ocean carriers for excessive dwell times, Executive Director Gene Seroka said this week.

The threat alone seems to have driven meaningful improvement, so the ports of L.A. and Long Beach have delayed the penalties (which start at $100 a day and rise in $100 increments) until at least later this month. An influx of additional sweeper ships used to pick up empty containers is also helping to clear dock space for new cargo, while local officials have agreed to temporarily increase the number of containers that can be vertically stacked in nearby warehouses and container yards.

The Worst May Be Over

For all the doomsday warnings about the knock-on effects of the logjams on corporate earnings, companies generally seem to be managing fine — at least the large, public ones. Target Corp. this week reported $2 billion of additional inventory on its balance sheet at the end of the third quarter compared with a year earlier as it stockpiled goods to meet holiday demand. The retailer said it had secured enough truck and rail capacity to support expected shipments in the final months of the year. In the industrial world, freight congestion and supply disruptions weighed on short-term sales, but the damage to profit margins ended up being fairly limited in the third quarter as companies flexed their pricing power. Most executives sound very optimistic about future demand in 2022 and beyond.

US manufacturing output rose in October to the highest level since March 2019, Federal Reserve data showed this week. The factory production rebound was driven in part by an 11% jump in motor vehicles and parts, suggesting that even the automotive industry, hit hard by the semiconductor shortage, is navigating the supply crunch. Indeed, October marked the peak of the chip crunch at Toyota Motor Corp., Bob Carter, the company’s executive vice president for North American sales, told CNBC. That echoed commentary from Honeywell International Inc. Chief Executive Officer Darius Adamczyk, who also predicted that availability of industrial-oriented semiconductors would soon improve.

To be sure, a peak in supply-chain stress doesn’t mean it’s over. Shipping costs are still very high on a historical basis: The global benchmark rate is up more than 200% from the same period last year, Drewry data show. The number of container ships waiting to enter the ports of Los Angeles and Long Beach has hit new records in recent days, and as of Wednesday there were still around 80 anchored or idling further off shore, according to the Marine Exchange of Southern California. Average wait times continue to stretch. For every CEO that’s willing to call a peak — and there have been a growing number in recent weeks, from air-conditioner manufacturer Lennox International Inc. to supply-chain management firm GXO Logistics Inc. — there are others who remain more circumspect.

“There’s been some acceleration of the ports moving containers out and some early signs of dampening on ocean freight rates in the spot market,” Bob Biesterfeld, CEO of freight broker C.H. Robinson Worldwide Inc., said in an interview. “Whether or not that’s a trend is yet to be determined. But the market relative to normal — whatever normal is — is still largely dislocated.” Black Friday is only a week away, and there’s probably stuff on those 80 waiting boats that some people would prefer to have in inventory, Biesterfeld said.

But for the supply-chain crunch to get better, it first needed to stop getting worse. That at least appears to have happened.

Unless spending snaps sharply back to services — or something else leads people to stop buying so much — it could take deep into 2022 or even 2023 before global supply chains regain some semblance of normalcy.

Mexico's auto production fell by 20% to 3.04 million vehicles last year during the first phase of the coronavirus...

Marelli has named David Fan EVP and president of China, effective from 1 January 2022. Fan has a 25...

BangShift.com Weld Anti Spatter Spray Testing: Welding Spatter Can Be A Real Pain, Which One Of These Pro And Hack Products Works Best To Stop It?

Finishing up a weld project only to find you’ve got tiny balls of spatter all over your work, the...

The light commercial vehicle (LCV) market recorded the best November in its history, with 31,320 new vans registered according...

8 electrics that are changing the car industry

The 3 Steps To Getting Your Suspended Driver’s License Reinstated