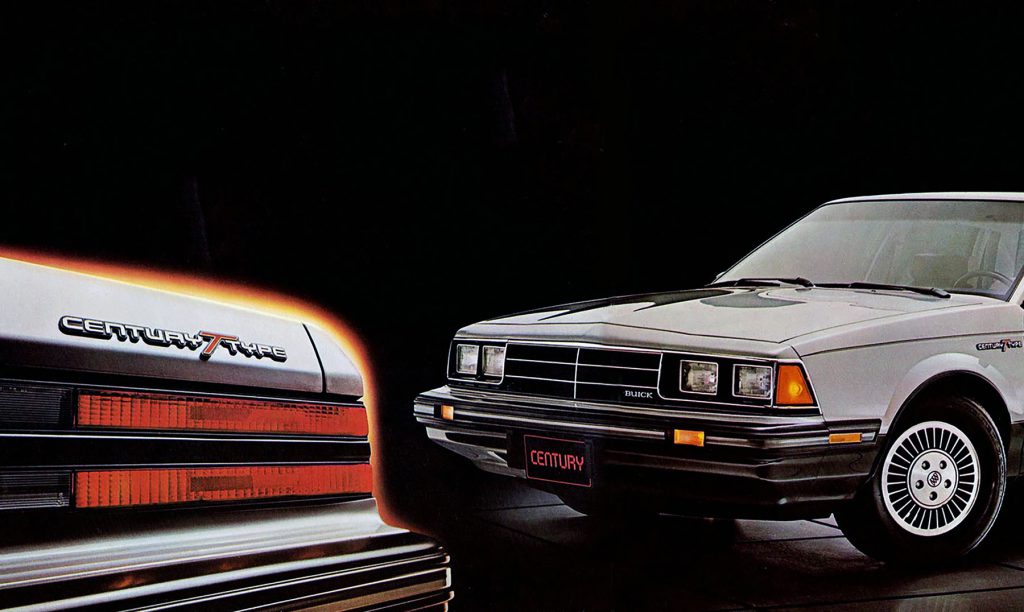 Just as consumers are now beginning to grapple with the notion of owning an electric vehicle, car buyers once debated whether or not go with front-wheel drive. Really. Front-drive cars were still a fairly new, unfamiliar idea to the average American car shopper in 1983, though the pioneering front-drive Volkswagen Rabbit had been selling in volume on our shores since 1975.

A popular knock on front-wheel-drive cars back then was that they would be expensive to repair, because the engine and the transmission were essentially a single unit and would both need to be removed from the vehicle to perform serious repairs. This never proved to be the case, but I am pretty sure my mom still believes it.

By 1983, American customers had plenty of choices when it came to going front-drive, especially in the midsize-sedan segment. General Motors was flush with both front- and rear-drive midsize cars, at a number of price points. What’s interesting is that, despite their varying drivetrains and exterior sizes, all of GM’s midsize cars were about the same size in terms of cabin space. The rear-drive G-Body cars—new for 1982—boasted about 102 cubic feet of cabin space, while the externally smaller front-drive A-Body cars were listed at 97 cubic feet.

At Chrysler Corporation, the front-drive Chrysler E-Class and Dodge 600—both K-Car variants—were rated at 97 cubic feet of cabin volume—exactly the same as the aging rear-drive M-Body Dodge Diplomat.

Shared below are the nine most expensive non-luxury American midsize sedans of 1983. The list is comprised primarily of General Motors vehicles, though a few Chrysler products appear toward the bottom.

Starting with a Gallardo as its base, the Monterossa shares very little with its donor vehicle. The overall look...

Assembly of various bimmers in Dingolfing

Even though final power and torque numbers aren't out yet, the 2022 Ford Bronco Raptor does have a base...

Alfa Romeo Tonale will finally be revealed in February

Following a couple of delays, the Alfa Romeo Tonale compact SUV will finally, officially be shown to the public....

Aston Martin is slowly taking the wraps off of a more powerful evolution of the DBX. Possibly assigned the...