BangShift.com LS Swap Greatness: This British Ford Prefect Is Tiny But Cool And A Riot With Turbo LS Power Under The Hood


LS Swap Greatness: This British Ford Prefect Is Tiny But Cool And A Riot With Turbo LS Power Under The Hood 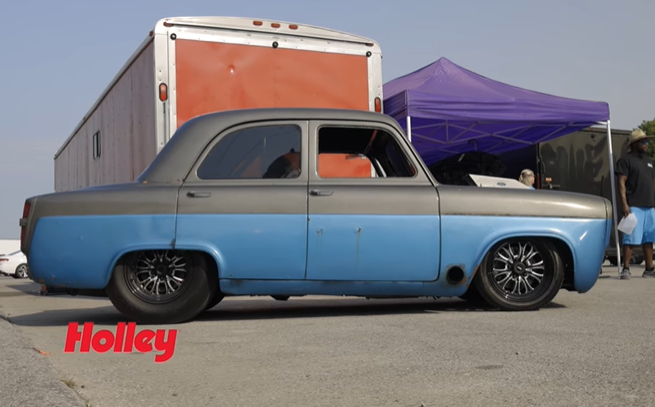 Little cars are cool, and British Fords and Anglias are some of our favorites. What makes them even cooler is when you swap engines into them that make ridiculous amounts more power. That’s not hard when you are talking about cars that originally came with WAY less than 100 horsepower. So when you throw a turbocharged LS3 in a car that doesn’t even weigh 2500 lbs, you know things are going to be really, really fun. I’m sure this one is exactly that.

When new, this 1959 Ford Prefect would have had maybe 40 horsepower from it’s 1.0L Kent four cylinder. Craig’s Prefect now has a turbocharged 6.2L LS3 hidden under the hood…er, bonnet. That’ll get the 2,200-pound Ford up and moving in a hurry.

FJ45 Rock Crawler Project: Still Cutting Up This Unicorn Land Cruiser! But Boy Is It Going To Be Cool!
Iron Trap Garage Finds A 331 Caddy Engine That Is Ready To Run In The Sweet Heart Roadster.

BangShift.com FJ45 Rock Crawler Project: Still Cutting Up This Unicorn Land Cruiser! But Boy Is It Going To Be Cool!

Malaysia sales down 5% in December

Geely and Renault sign agreement for cooperation in South Korea

BangShift.com Review Of The 1988 Maserati 430 Surprised Us