Underrated Fun Machine: This Period Review Of The 2003 Dodge Neon SRT-4 Is A Reminder That Cheap, Fun Cars Existed 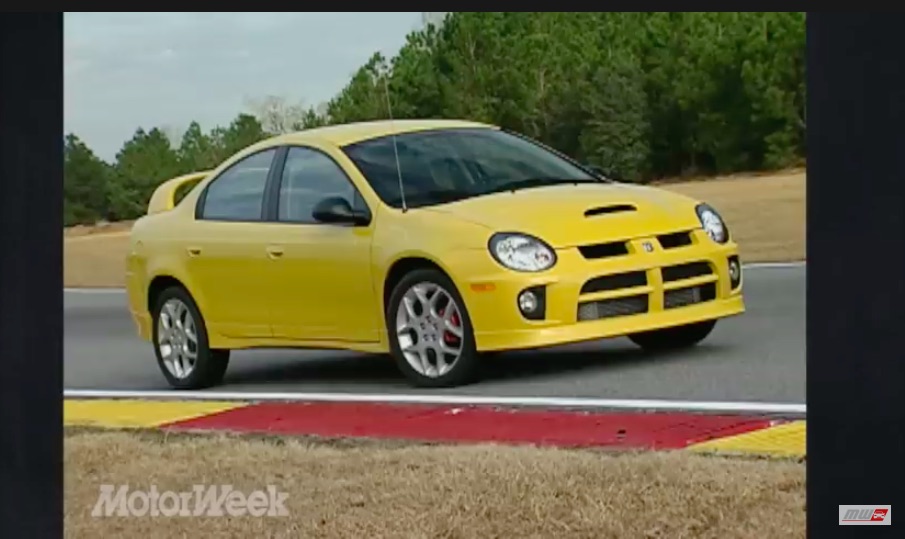 I remember scoffing the first time I saw one of of these cars at the drag strip. It had that wing. It had the semi-goofy looks of a Neon, and it was raspy loud. And then it was clicking off ETs in the mid 14s and by the time the month was up, the owner had bolted slicks on to it, hopped up the motor a little, and was rattling off 13s like it was his job. All from a car that was designed to be more of a handler and which sold for $19,999. I think the SRT-4 version of the Neon is an amazingly underrated car that has aged pretty damned well in most respects.

The price is mind boggling in today’s world, isn’t it? Sure, we’re talking nearly 20 years back but this car today would probably be priced at nearly 40k on a dealer lot if they started popping them out again.

The one thing we love about this video is just how composed the car is when getting railed on the road course. The nose doesn’t dive much, the body-roll is 100% less than we thought it was going to be, and these guys didn’t report burning the brakes off of it, etc.

Scoff if you will, because I sure did back then, but I’d love to have one of these things to beat on today!

Fun History: This Look Back At The Designer Series Cars Of The 1970s Is Interesting, Gaudy, and Cool
Columbus Goodguys Show Photos: Goodguy’s Most Prestigious Event Did Not Disappoint