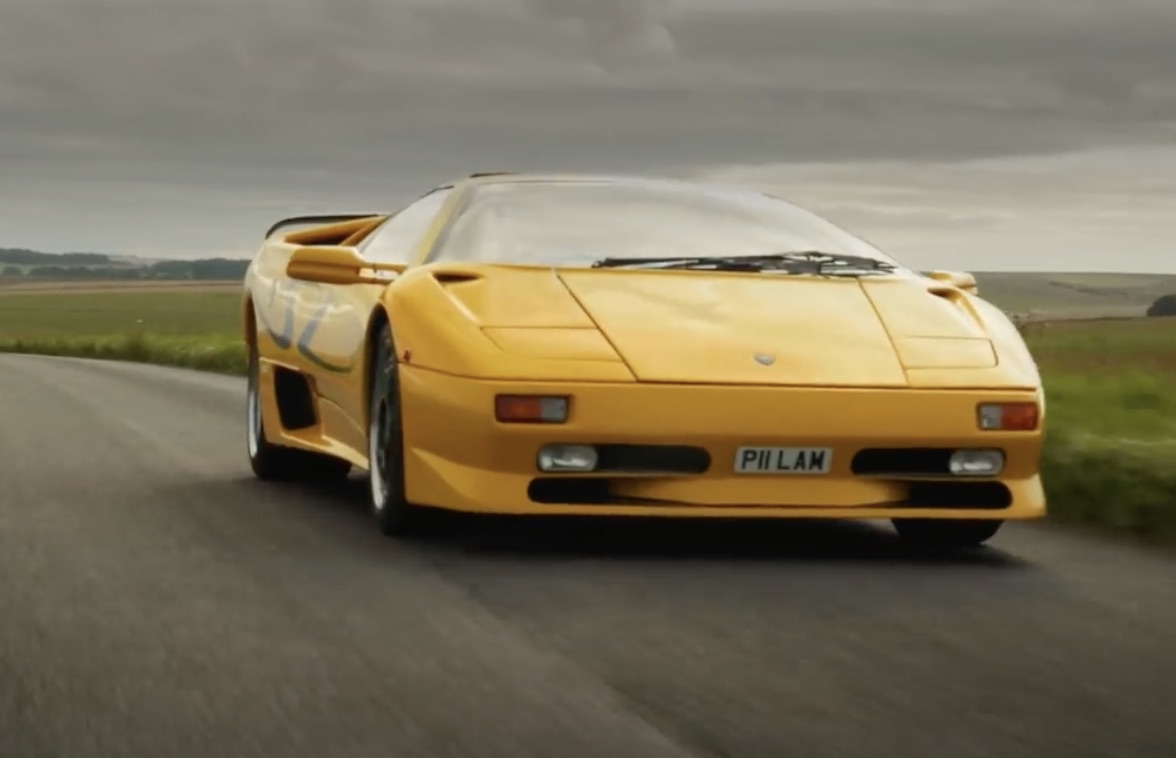 The Countach was 1970s drug dealer chic. The Testarossa required you to dress in pastels and enjoy synthesizer music. The 959 required a distinct lack of humor, the F40 meant that you were the over-enthusiastic, forever reaching jock, and the EB110 meant that you were a freaking weirdo, the hipster before that word really entered the lexicon. So what was the Lamborghini Diablo? Well, it was Lamborghini courtesy of Chrysler. No, really…after Lamborghini nearly bought the farm in 1978, the Mimram brothers stepped in and had managed to start moving cars again. The Countach had been moving, the Jalpa reworked the failed Silhouette into something more palatable, and then there was the LM002, the Rambo Lambo that made good use of what had been the failed Cheetah project. Then, in 1987, Patrick Mimram sold Lamborghini to Chrysler for $25.2 million dollars. After re-working a Marcello Gandini design (much to Gandini’s irritation) the next upper-end Lambo, the Diablo, rolled out. Lasting until 2001, the Diablo had all the visual knockout the Countach had, and yet looked modern, looked sleek, looked promisingly vicious. It is a unapologetically brash V-12 Lamborghini, wearing the “SV” (Super Veloce) badge on the whole body as a callout to anybody who might’ve thought they could play the one-up game, be it the golf course or the race track. Posters, photos…none could properly translate the sound of that engine in action. Here you go.

Rough Start: Everybody Needs A Mullet-Tastic Third-Gen Camaro In Their Lives!