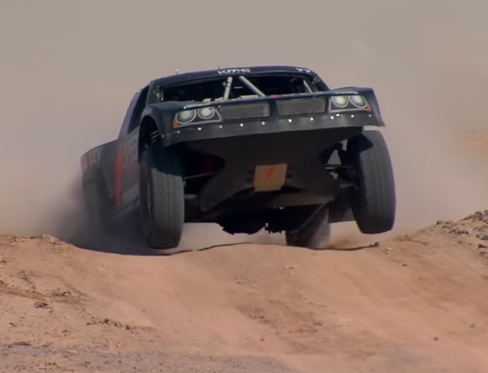 As you well know, we love BAJA, and specifically racing in BAJA. In fact, just last night we were talking with a group of folks about the BAJA 1000 and just how awesome that event is even if you never leave town. Seriously, just going and hanging out and seeing the spectacle is amazing, even if the only off-road action you see is the action in the wash as the racers leave town. The whole thing is fun and excitement at every turn and there is a spirit and a personality that you’ll find at no other races in the world. This is what BAJA is all about, and perhaps nobody lives and breaths it more than Robby Gordon. After all, he took his first trip on the BAJA 1000 strapped into the rear of his father’s Baja Bug when there wasn’t even a seat in place. If he had been any older he’d never have fit, and his mother’s reservations and dad’s disbelief were not nearly enough to keep him from taking that first ride. I’m not sure he’s missed one since.

I’ve had the privilege of hanging out with Robby a couple of times and can tell you that this dude is as hard core as they come. He’s raced everything, and wants to win no matter what and where he’s racing.

How Does This Popular People Hauler Stack Up?