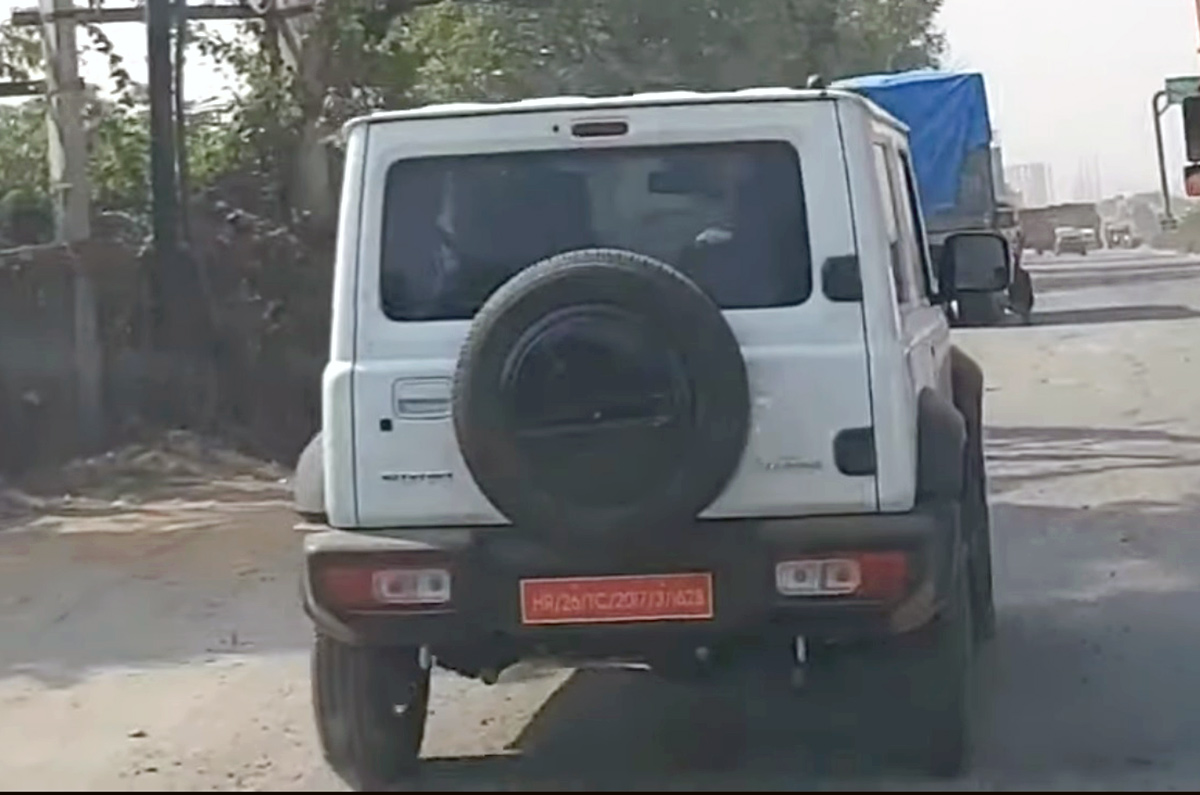 The Suzuki Jimny Sierra has been spotted testing on Indian roads. However while the model seen testing here is the international-spec three-door version, for the Indian market, Maruti Suzuki will be launching a larger five-door derivative of the same. The carmaker had showcased the Jimny to the Indian public at the Auto Expo in February 2020.

To start with, the Jimny spotted testing wore the Jimny Sierra badge on the tailgate, indicating it’s a Japanese Domestic Market (JDM) model and, ofcourse, it’s a three-door.

The Japanese market gets the Jimny in two configurations –Standard, which is a Kei car with a 660cc turbo-petrol engine, and the marginally larger Sierra that wears more cladding.

The Jimny Sierra is also the version sold in Europe though it’s only badged as the Jimny over there. This version uses a larger, 1.5-litre naturally aspirated petrol engine.

As mentioned above, Maruti is set to launch a larger 5-door derivative of the Jimny Sierra in India in 2021. As with the Jimny Sierra the India-spec SUV will also use a 1.5-litre naturally aspirated engine – the K15B unit also used in the Vitara Brezza, Ciaz and Ertiga, and get part-time four-wheel drive with low range.However, Suzuki’s SHVS mild-hybrid system is unlikely to be offered on the Jimny.

The India-spec model is also expected to measure in at under four metres in length, and like with the Brezza, given that the engine capacity is more than 1200cc, it will not qualify for ‘small car’ excise sops.

Interestingly, Maruti is set to also manufacture the three-door Jimny in India for exports alongside the larger made-for-India model. The three-door SUV you see in the photos, therefore, could be a testbed for the export model and could also be testing components for the larger India-spec Jimny.

The Jimny won’t have a like-for-like rival in India and will essentially fill the gap left by the now-discontinued Maruti Gypsy – which was based on the second-gen Jimny.

Hardier and more capable than the current crop of monocoque-bodied compact SUVs, the Jimny is also likely to trail the lot in comfort and on-road driving manners.

Keen off-roaders, on the other hand, are likely to compare the Jimny’s abilities to the upcoming new Force Gurkha and the recently launched second-gen Mahindra Thar.

50 years of the Suzuki Jimny