2021 Chevy Tahoe Luggage Test | How much fits behind the third row?

Prior to the 2015 model year, the Chevrolet Tahoe used to be criticized for its third-row seats, which had to be physically hoisted out of the SUV rather than folding into the floor as those of other SUVs did. Most notably, the Ford Expedition. Now, the reason, those seats couldn’t fold into the floor was because the floor was too high, the result of the Tahoe’s solid rear axle suspension. The Expedition and others, including all large crossovers, had an independent rear suspension and thus a lower floor.

For 2015, though, the Tahoe underwent a complete redesign. Among the many new features was a folding third-row seat. Huzzah! Not so fast. You see, rather than switching to one of those new-fangled independent rear suspensions, GM stuck with the solid rear axle. The floor was therefore still high (and the ride and handling still sub-par, but that’s a different tale). So how did engineers accomplish the folding third-row seat? Raise the floor even higher! 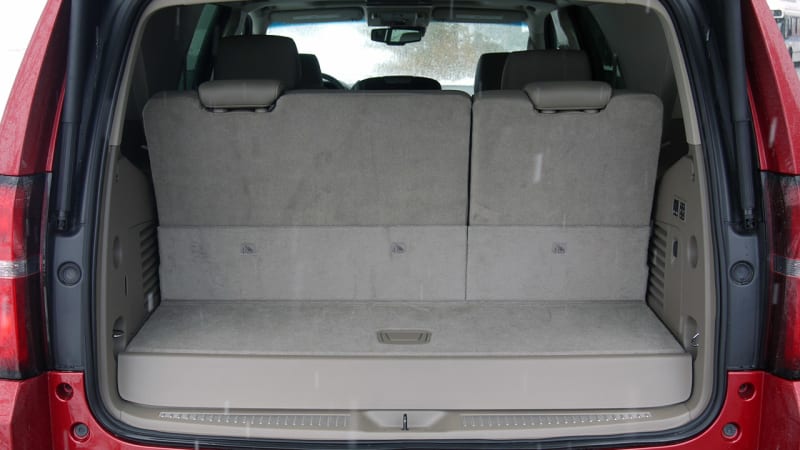 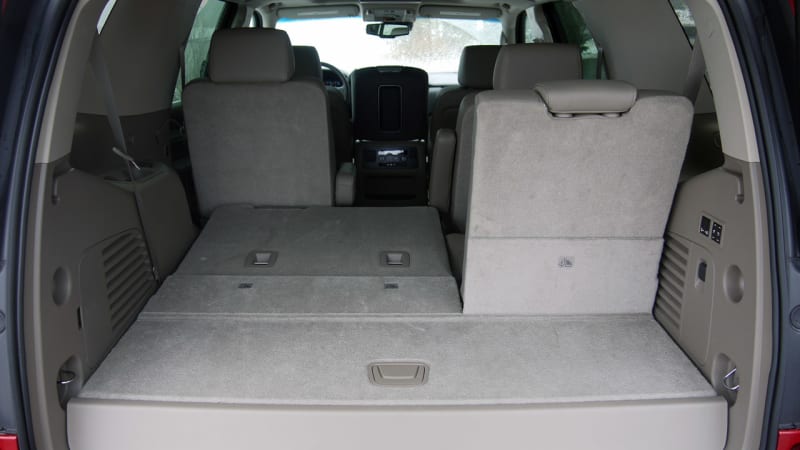 In the photos above, you can see the extremely obvious plastic bin that was added on top of the floor aft of the third-row seat. So, although that seat did technically fold flat into the floor, that floor was so artificially high now that it reduced cargo capacity and made lifting things up there that much more difficult. It was lame. It also did nothing for the fact that third-row occupants were still sitting incredibly close to the floor, their knees greeting their chins. That too is a topic for a different post.

In the photo below is the completely redesigned 2021 Chevrolet Tahoe. 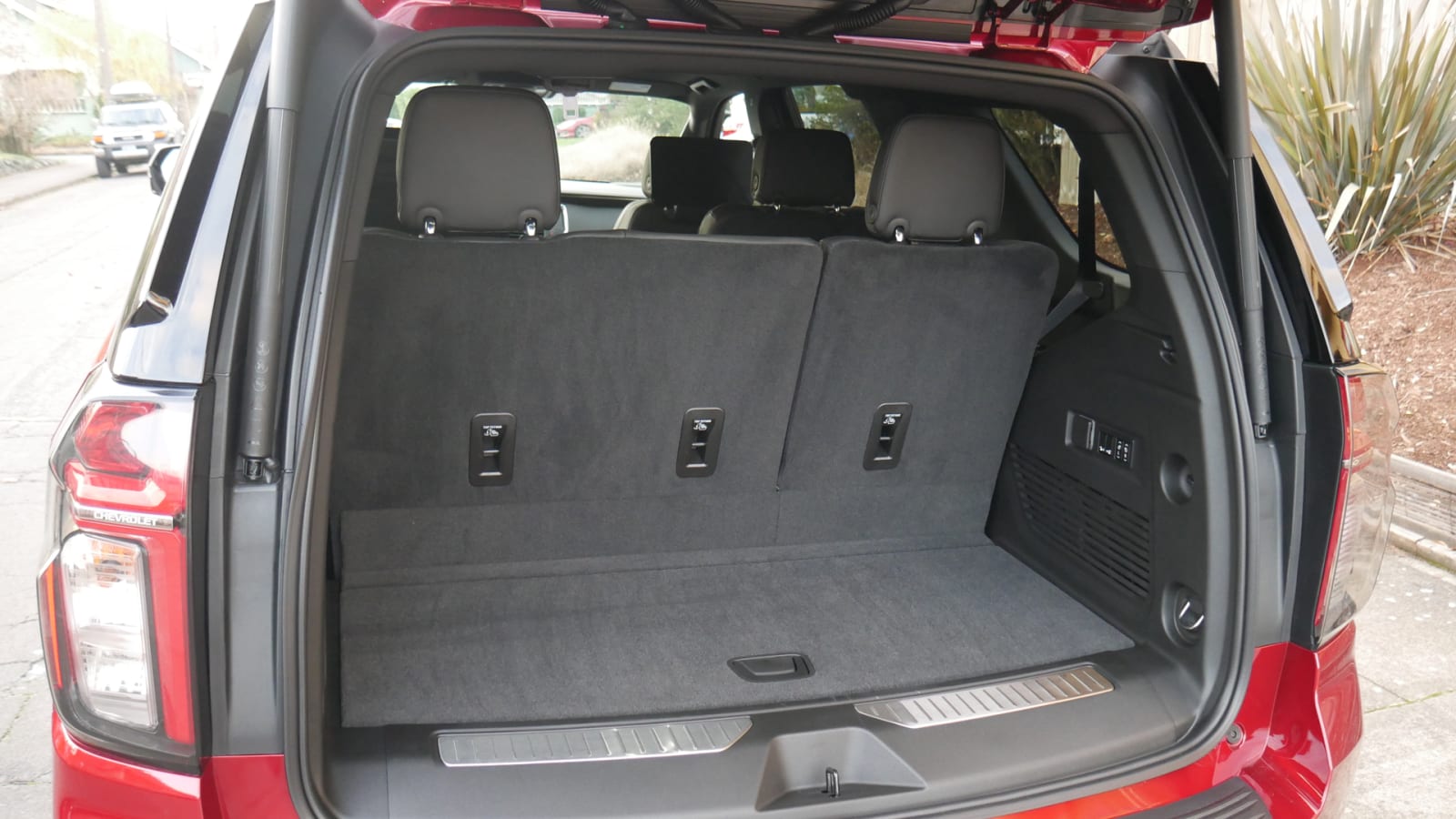 Huzzah for real! Look at that genuinely low floor with a third-row seat that actually folds into it without help from a lame plastic box. Sure, it’s still a full-size, truck-based SUV, so “low” is a relative term, but hey, real progress. And yes, it’s the result of a new independent rear suspension.

Let’s see how much luggage you can fit back there and how it compares to the Ford Expedition. 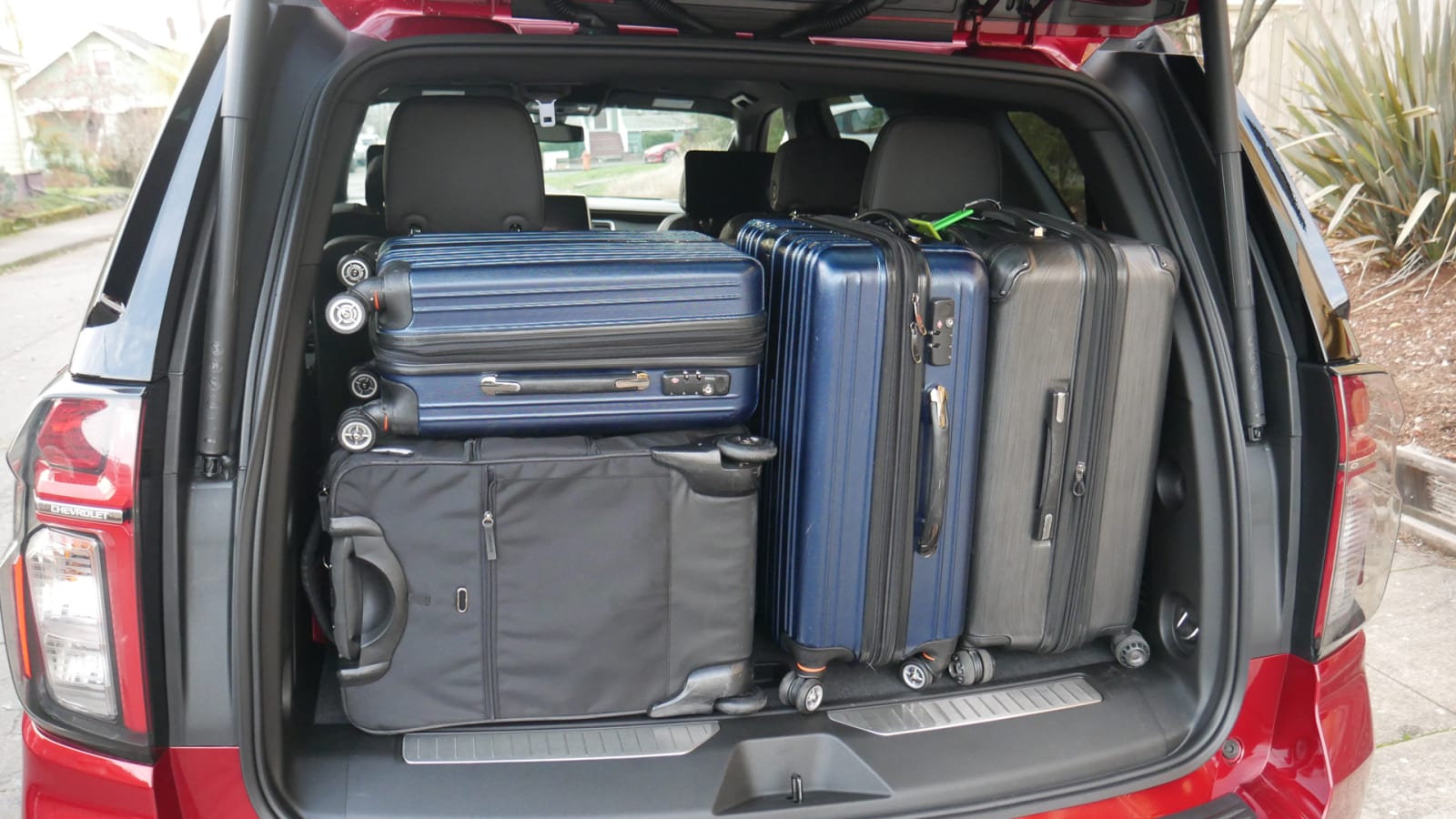 There you go, everything but the fancy bag. That’s excellent for a three-row vehicle that isn’t a minivan, and five pieces of luggage for a vehicle that seats seven is definitely a functional amount. Plus, you could always stash an extra bag somewhere in the giant cabin, perhaps between the captain’s chairs. 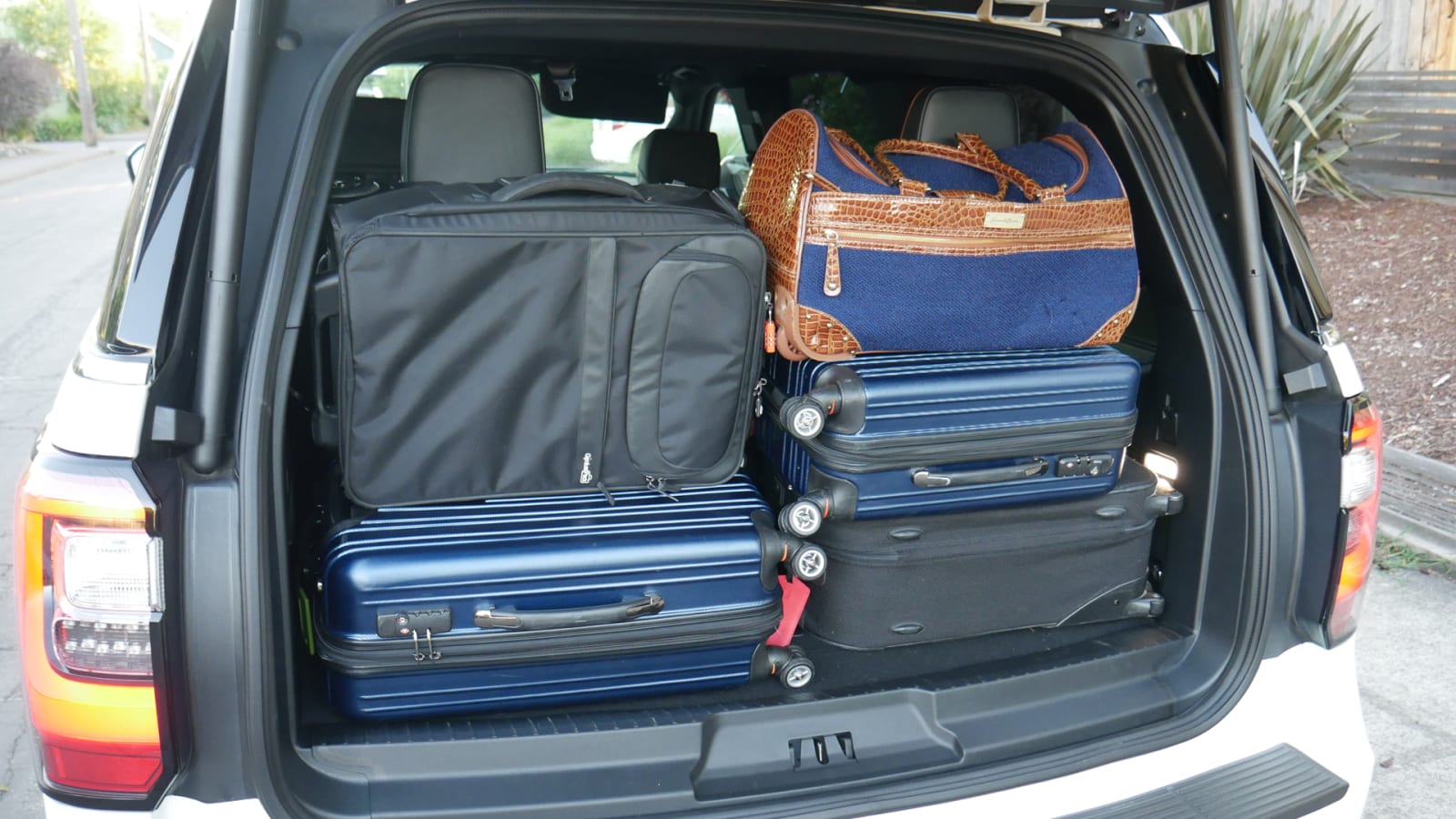 Basically, the Ford seems to hold less. Specifically, it can hold the smallest (fancy) bag rather than the biggest bag. I must admit, however, that it’s possible the Tetris formation I used for the Tahoe might’ve also worked for the Expedition. I don’t remember if I tried it and it didn’t work, or I didn’t think to try it.

The spec sheet says the Tahoe can hold more at 25.5 cubic-feet versus the Ford’s 19.3 cubic-feet. I don’t know about you, but that sure doesn’t look like a nearly 6-cubic-foot difference. 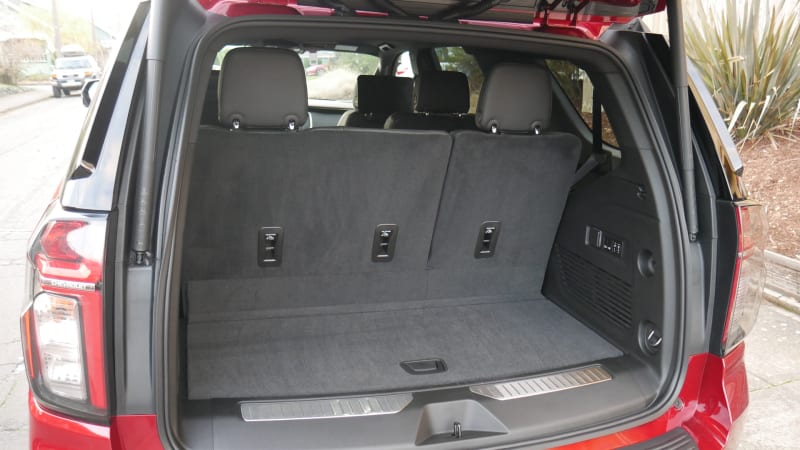 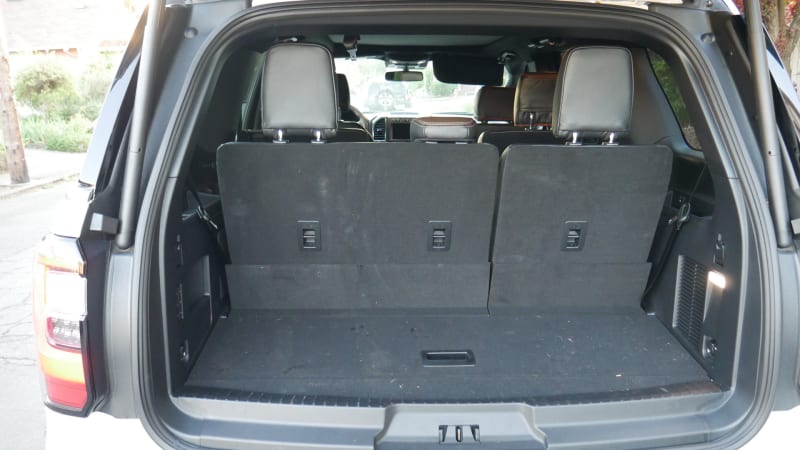 So I’m afraid the answer to Tahoe vs Expedition cargo capacity isn’t a definitive one, though it strongly seems like Chevy has the advantage. But there is absolutely no question that the 2021 Chevrolet Tahoe finally has the abundant space you’d expect from a vehicle of such abundant girth.

And remember, if you think you’ll need more space behind the third row, there’s always the Suburban.